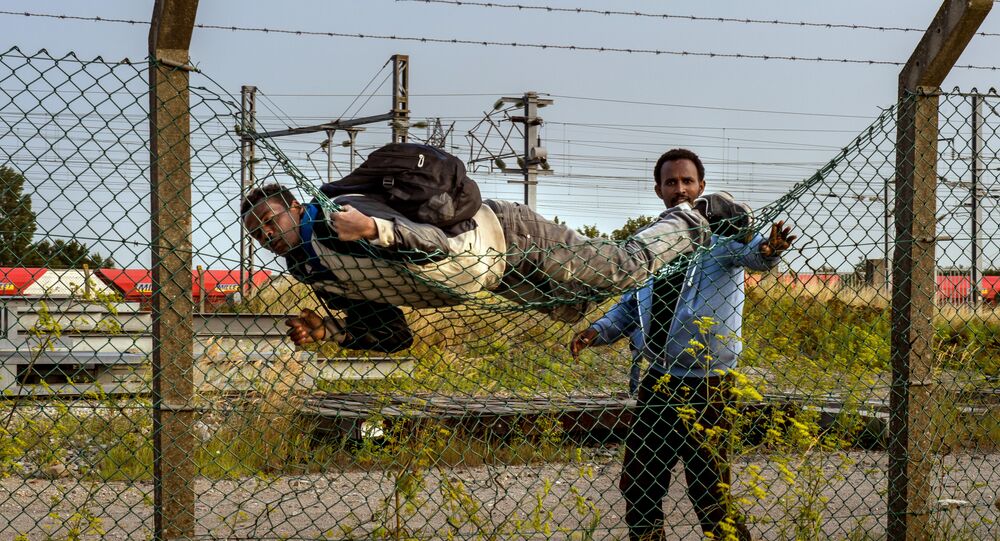 Calais' migrants will soon be allowed to file UK asylum applications while on the French soil.

© AFP 2020 / PHILIPPE HUGUEN
Riots in Calais: Refugees Torch Two Trucks, Threaten Drivers
MOSCOW (Sputnik) — The head of France's northern region of Calais on Monday called for a new deal on migrants that would allow them to file UK asylum applications while on the French soil.

Xavier Bertrand told the BBC broadcaster that migrants should be allowed to apply for asylum at “hotspots” in France instead of waiting for a possibility to reach Britain to do so.

The Calais chief added that under his plan, the migrants rejected by the UK authorities would be deported to their countries of origin.

Since last year, Calais has been the home to a large migrant camp – the so-called Jungle – notorious for its squalid conditions. Thousands of migrants from the Middle East and North Africa are living in the Jungle, located not far from the Channel Tunnel, in hopes to reach the United Kingdom.

According to a treaty between France and Britain, the documents of those attempting to travel to the United Kingdom across the English Channel or the Channel Tunnel are checked on the French side. This means undocumented migrants are unable to legally reach Britain from France to apply for asylum there.

Number of Migrants in Calais 'Jungle' Camp Doubles Since Spring