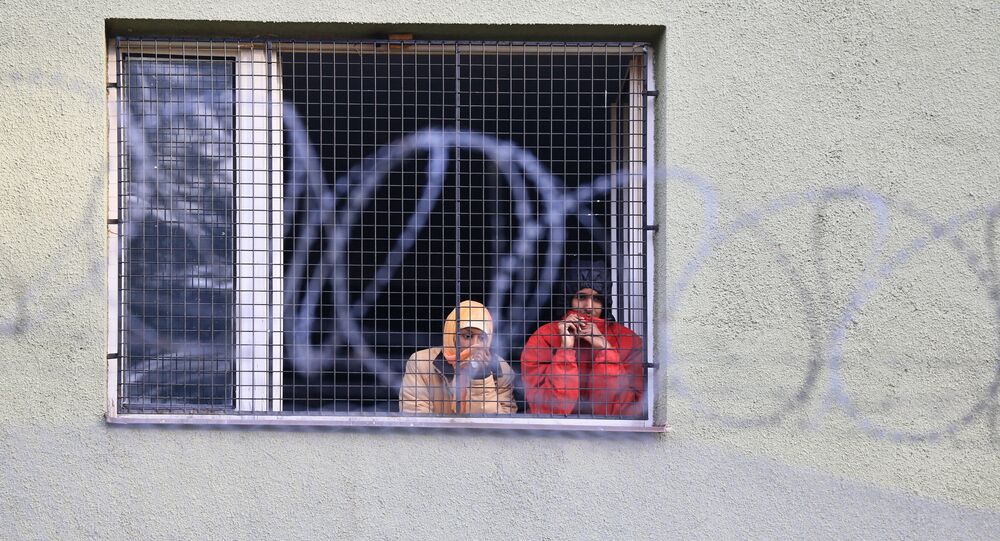 Czech Interior Minister Milan Chovanec stated that the Czech Republic would not carry out an uncontrolled acceptance of migrants, like Germany did.

In accordance with EU-Turkey migrant deal, the Czech Republic is obliged to accept 80 refugees from Turkish camps till the end of 2016.

"We carry out very through security checking of refugees which is unlikely to be completed till the end of 2016. So, one cannot assume that we will accept somebody till the end of the year," Chovanec said as quoted by the Czech television broadcaster.

Chovanec noted that the Czech Republic would not carry out an uncontrolled acceptance of migrants, like Germany did.

© AP Photo / Petros Giannakouris
Accepting Migrants in Czech Republic Linked to Risk of Terror Attacks - Presidential Spokesman
According to the deal agreed on March 18, Turkey pledged to take back all undocumented migrants who come ashore in Greece if EU countries receive Syrian refugees resettled from Turkish camps on a one-for-one basis. The bloc also promised to accelerate the Turkish EU accession and introduce visa-free regime once Turkey meets the 72 conditions set by the bloc. Ankara has not fulfilled the five conditions that relate to data protection and anti-terror laws so far.
...
Reddit
Google+
Blogger
Pinterest
StumbleUpon
Telegram
WhatsApp
202