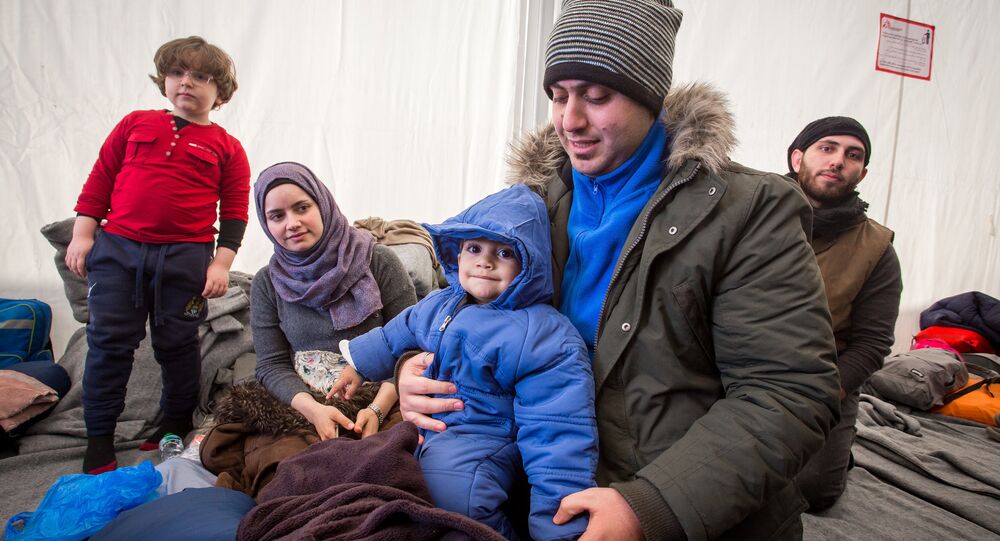 Authorities are hoping that a new migrant center in Thebes, in central Greece will ease the congestion on the camps on the islands on the Aegean Sea which has been described as only "marginally under control."

"The situation on the islands is only marginally under control," an anonymous source from Greece's Public Order Ministry told Greek daily newspaper Kathimerini.

​The plan is for migrants to be separated into different groups in camps on the islands: those to be deported; migrants deemed to be "troublemakers" and people who have passed their initial test in order to claim asylum.

The different groups will be held in separate detention camps, any migrants with a criminal record will be transferred from the islands to mainland Greece.

Kathirmerini has also discovered plans for another migrant center on the island of Crete despite warnings from the islands tourism sector that is will damage the islands reputation among holidaymakers.

In bid to decongest migrant centers, gov't to move 2,000 people to Crete (This is set to backfire spectacularly…) https://t.co/XFMTpWaQpK

​"Any plans are to take effect as of November, after the islands tourism season has drawn to a close," an unnamed official told Kathimerini.

© AFP 2021 / ADEM ALTAN
More Fears for EU-Turkey Migration Deal as Ankara Hits Out at 'One-Way Road'
However Crete's mayors want all measures in place to cope with the migrants before they arrive; from their accommodation to sustenance and healthcare.

It had been expected that the number of migrants arriving illegally in Greece would fall following a deal between the European Union and Turkey, instead, numbers have soared.

More than 1,100 migrants and refugees have arrived on Lesvos, Chios, Samos, Kos and Leros n the past ten days bringing the total number of migrants detained on the islands to 11,343.

"There is nothing like witnessing children being abandoned to squalor to alert you to the dangers of apathy" https://t.co/xdvdoALz4R

© REUTERS / Marko Djurica
As Sexual Assault Plagues Greek Refugee Camps, Migrants Feel 'Voiceless'
As the numbers of arriving migrants soar, so do claims of mistreatment and assaults at refugee camps. An investigation by London newspaper Observer recently revealed that children as young as seven years old had been sexually assaulted in camps in Greece. Those children are likely to be eligible to claim asylum in the UK.

Organizations working in one government run camp near Thessaloniki say women are too afraid to use the toilets alone at night. One volunteer described an ordeal suffered by a seven year old girl in the camp who had been groomed by a man from one of the "mafia" groups who then sexually abused her in his tent.

​Around 57,000 refugees remain detained in official government camps throughout Greece; that number appearing only to increase.

Berlin: Germany, EU Have No Reason to Doubt Migrant Deal With Turkey