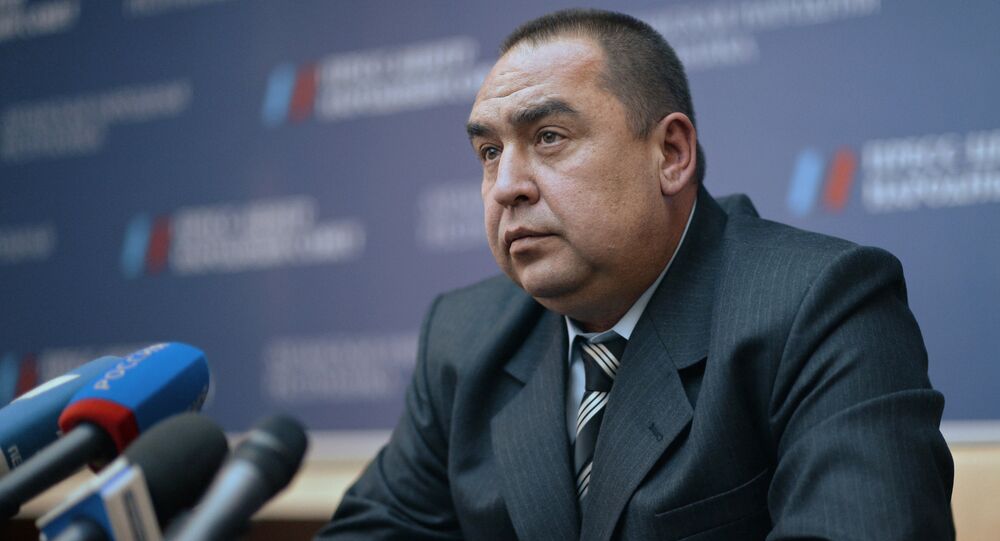 Head of the self-proclaimed Lugansk People’s Republic, Igor Plotnitsky, stated that if Ukraine is a democratic and European state, Kiev should release all war prisoners in exchange for detainees in Lugansk.

LUGANSK (Sputnik) — Head of the self-proclaimed Lugansk People’s Republic, Igor Plotnitsky, urged Ukrainian President Petro Poroshenko on Saturday to release all war prisoners on the territory of Ukraine in exchange for detainees in Lugansk.

"If Ukraine is a democratic and European state, [Poroshenko] should do it, he should release all the detained [prisoners] he has. I assure you, we on our side will let all free the next day," Plotnitsky said.

In February 2015, a peace agreement was signed between Ukraine’s conflicting sides in the Belarusian capital of Minsk. One of the agreement’s provisions states an all-for-all prisoner exchange.

Despite the Minsk peace accords, the sides continue to blame each other for ceasefire violations.