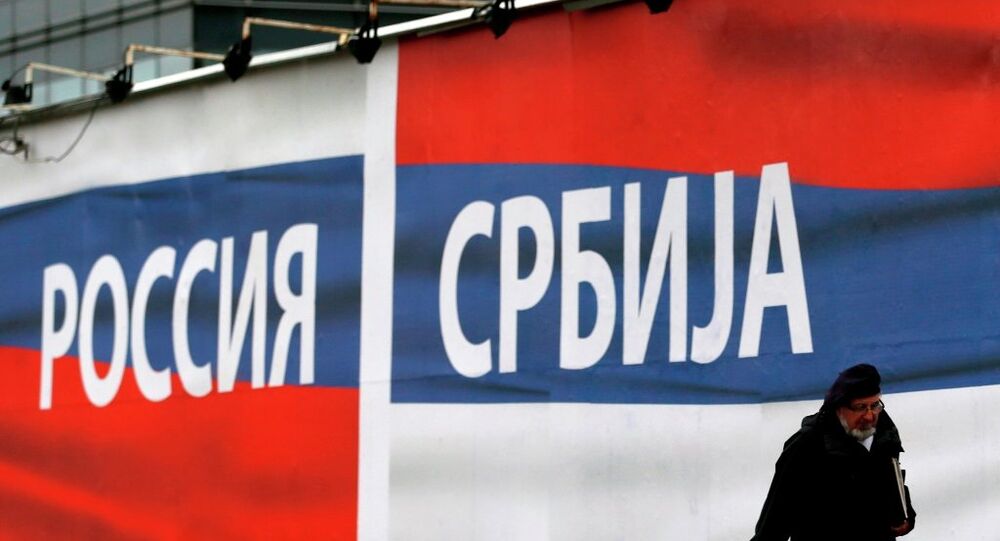 In a six-hour presentation of the government’s program to parliament last week Serbia’s new-old Prime Minister Aleksandar Vucic outlined his Cabinet’s key goals of raising living standards, pushing ahead with the EU integration process and focusing on regional stability.

© AP Photo / Darko Vojinovic
Crossroads of Serbia Under Vucic
Russia’s ambassador in Belgrade, Alexander Chepurin, was among the foreign envoys attending the presentation.

“The Cabinet lineup remains largely unchanged and I have great respect for some of the ministers I know personally, as good professionals I like to work with,” he said in an exclusive interview with Sputnik.

While some critics described Vucic’s new program as “unreal,” Alexander Chepurin said that the government relied on a solid majority in parliament and enjoyed the support of an overwhelming majority of Serbs.

He added that even though Belgrade remained committed to its desire to join the European Union, measures to speed up economic development and raise the living standards of the Serbian people remained a major priority, just like preserving the country’s territorial integrity and strengthening its regional and international status.

He also underscored the importance of closer across-the-board cooperation between Serbia and Russia.

“Even though Russian agriculture is now on the rise, we will always need quality food imports from Serbia and other southern countries. We need to have a clear picture of what we are going to do in this respect over the next few years.”

When asked whether he was satisfied with official Serbian interest in relations with Russia, Alexander Chepurin said that Aleksandar Vucic mentioned Russia four times during his speech in parliament and all of them in a positive key.

The new Serbian government is seen by some as pro-Western. “First and foremost, the government should be pro-Serbian and stand up for the interests of Serbia.

Apart from socioeconomic issues, Aleksandar Vucic also focused on relations with Serbia’s neighbors, above all with the Republika Srpska, which is one of two constitutional and legal entities of Bosnia and Herzegovina.

“The Balkans is a very volatile region, a real powder keg. As for the Republika Srpska, there are many ethnic Serbs living there. Even though they live in different states, they are closely tied together and it is only natural that Belgrade cares for its compatriots no matter where they are, especially in Bosnia and Herzegovina,” Alexander Chepurin said.

When answering a question about media speculation about Vladimir Putin’s “role in the Cabinet formation in Serbia,” and about  “the Russian man” in the Serbian government,” Alexander Chepurin said that he didn’t know anyone there who could say he is anti-Russian.

“What I know for sure, however, are people who have good feelings towards Russia and Putin. There can be some nuances here, of course, but we’ll be working with everyone,” Alexander Chepurin said in conclusion.