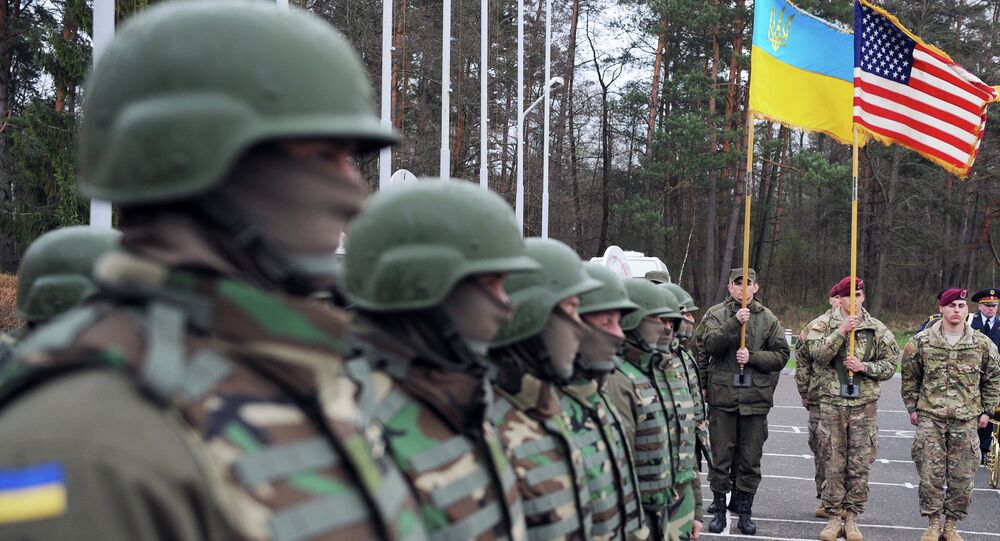 Kiev residents started receiving army recruitment ads along with their utility bills, with a twist.

The ads entice the recipients to enroll in Ukraine’s armed forces, but one part of the proposal particularly stands out, according to the Ukrainian news agency Vesti.

"There's an opportunity to take part in a NATO peacekeeping contingent. Wages are 1000-1200 euros," the ad says.

A source in Ukraine’s Defense Ministry Vesti that the number of able-bodied citizens willing to serve in the nation’s armed forces has decreased, prompting the military to resort to such unorthodox measures.

© AFP 2021 / JOHN THYS
Mending Fences? What Do Escalations in Ukraine Mean for NATO Alliance?
The ongoing armed conflict in Ukraine’s southeast made military service increasingly unpopular among the country’s youths who often go to great lengths to avoid conscription.

In October 2015, the Office of Ukraine’s Attorney General announced that there were about 16,000 deserters from the ranks of the Ukrainian army, according to Lenta.ru.

Furthermore, in May 2016 Andriy Verba, head of the Ukrainian Army Medical Department, said that some of the conscripts recently pressed into service were in fact diagnosed with tuberculosis, hepatitis C and even HIV. He also added that the infected servicemen won’t be discharged and will remain at military facilities during treatment.

New Ukrainian Mortars 'Got Rusty' in Less Than a Month