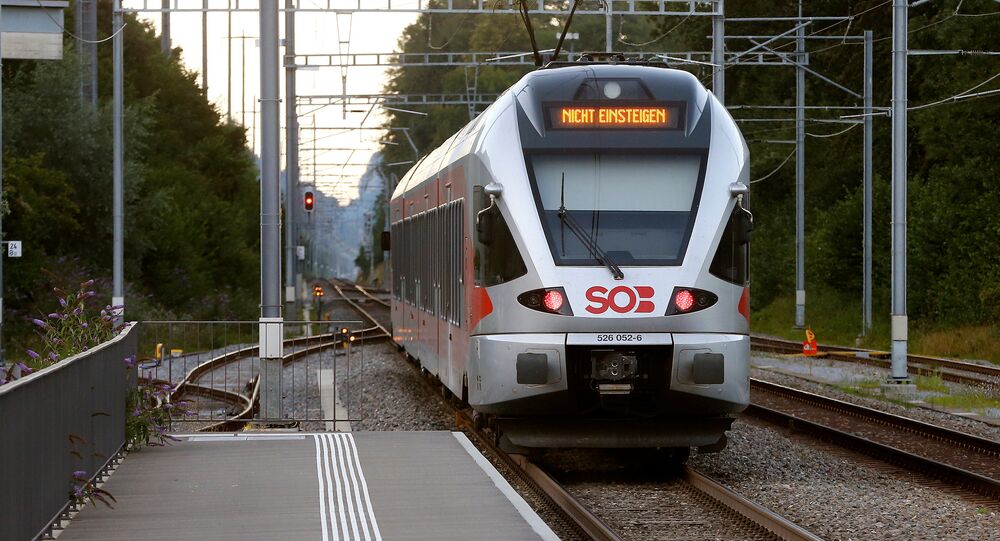 According to AFP, an armed man has attacked Swiss train passengers, injuring at least seven people.

At least seven passengers were injured on a train in Switzerland after a man attacked them with a knife, AFP reports citing police sources.

A man reportedly set a train carriage on fire and then stabbed several passengers, police say. Swiss media report that a six year old child might be among those injured during the attack.

​According to local police officers, the attacker is a 27-year old Swiss man. He reportedly poured flammable liquid in a train in the Swiss canton of St. Gallen and set it on fire.

"At least one child is among those wounded," Bruno Metzger, a spokesperson for St. Gallen police, is quoted as saying by St. Galler's Tagblatt newspaper.

​The attack occurred around 12:20 GMT as the train was approaching Salez station.

Several dozen passengers were on board at the time of the attack.