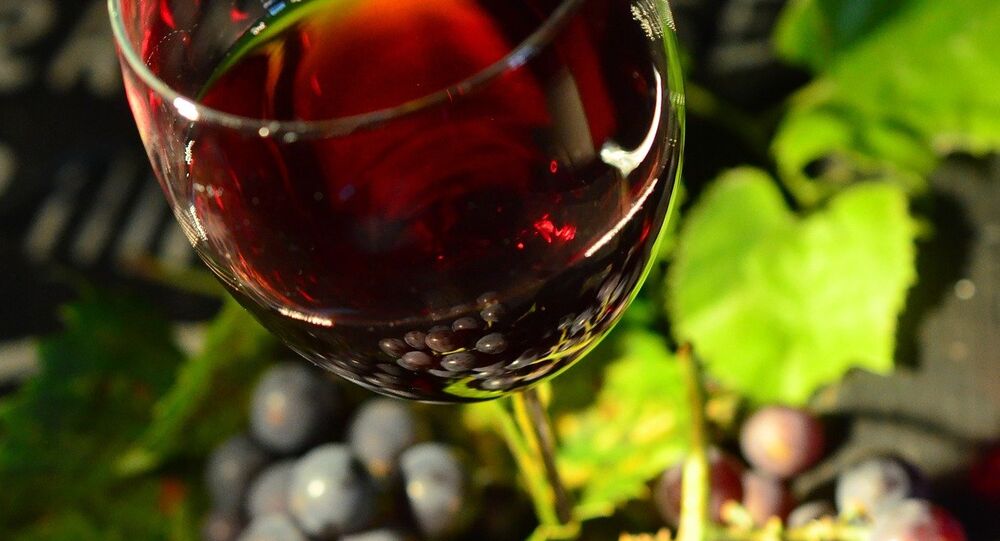 When no blond beauty came along, Sven Finke’s joke “if you don’t find anyone, I'll be the new queen,” became a reality.

On August 12, Sven Finke will become the first man ever to take the wine queen title in Kesten, located in the state of Rhineland-Palatinate.

A 25-year-old law student and vineyard owner does not exactly fit the stereotype of a beautiful young girl wearing a white robe, a velvet shawl and a laurel wreath – clothes of a traditional wine queen.

“I want to show everyone that men are just as well suited to this job as women,” Finke exclaimed.

After being crowned wine queen, Finke will have to attend between 15 and 20 wine festivals in the town.

© Photo : Youtube/Weird News
Naked Lunch: Restaurant Ready to Sell Food to the Nude in Paris
The man plans to play the role of the Roman God of agriculture and grape harvest, Bacchus.

“The role of Bacchus is right up my alley. I like eating, I like drinking, and I am just as full of the joys of life,” announced Finke.

But this is not the end of Finke’s dreams. He aims to become the national wine queen of Germany.

However, this is not the first time there has been a deviation from the norm.

In 2013, a transsexual lady was crowned wine queen for the Green Party, and earlier this year a Syrian refugee took the title in Trier village.

Another Delay? US Navy’s Most Expensive Warship May Miss November Deadline