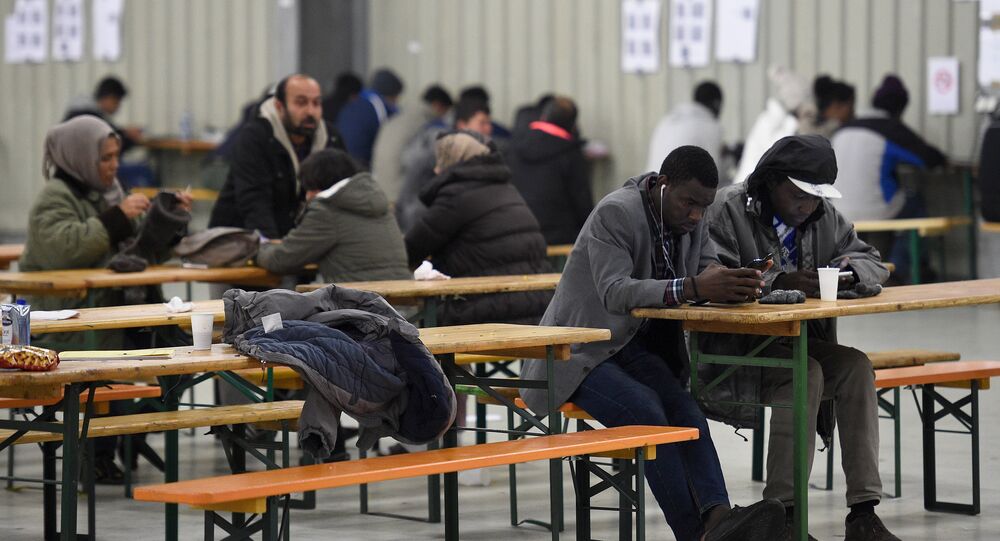 A Chinese backpacker was sent to a refugee shelter in western Germany after mistakenly filing for asylum, local media reported Monday.

© Sputnik
Mass Brawl Between Refugees in Registry Center in Germany (VIDEO)
MOSCOW (Sputnik) — The 31-year-old arrived in the German city of Heidelberg in July, planning to go to Italy and France, but was robbed, filled in wrong paperwork and ended up in an asylum center in Duelmen, according to Duelmener Zeitung.

Christoph Schluetermann, from the German Red Cross, told the newspaper that once the asylum procedure was set in motion it was impossible to stop. The man, who spoke neither German nor English, underwent a health check, had his fingerprints scanned and the foreign passport taken away.

Officials gave him some money, food and shelter, where he spent almost two weeks before Schluetermann became suspicious. Translation from Mandarin, offered by a mobile app, confirmed that the Chinese had landed in the asylum home by mistake.

"This was luckily a unique case," the Red Cross worker told the outlet, adding it would take around six months for him to go through the entire asylum process. "That’s how long he would have been caught up in the asylum jungle."

The tourist was able to continue with his travels after receiving money from his Chinese home, according to the newspaper. He reportedly thanked asylum employees for taking good care of him and never complained.