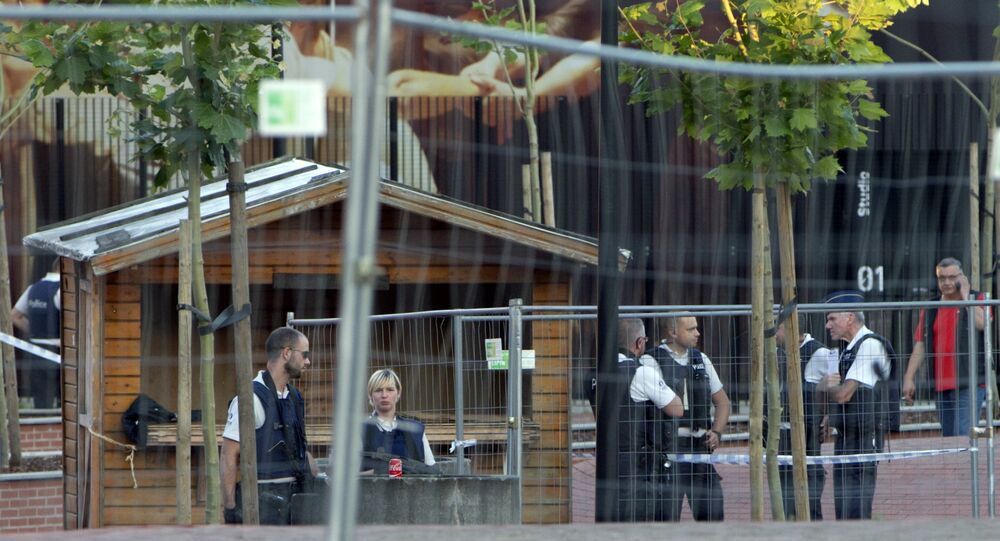 Security Measures in Belgium Unchanged After Attack on Police in Charleroi

© AP Photo / Virginia Mayo
Belgian Muslims Call For Coordinated Response to Daesh Activity After Charleroi Police Attack
MOSCOW (Sputnik) — On Saturday, a man screaming "Allahu Akbar" injured two policewomen with a machete near a police station. Local media reported that one of the officers had sustained serious injuries and was hospitalized, while the other was slightly wounded. The police said there was no threat to the lives of the officers.

Belgium raised its terror alert to the highest level following the March terrorist attacks on Brussels' main international airport and on a subway station that killed 35 people and injured over 300. On March 24, two days after a series of deadly blasts, the Belgian crisis center lowered the national terrorist threat alert level from the fourth to the third level.

Daesh, outlawed in Russia and multiple other countries, has reportedly claimed responsibility for the attack.

The perpetrator was an Algerian citizen and had been living in Belgium since 2012, according to the Federal Prosecutor's Office. He was shot by a third police officer and died later in hospital.

Federal Crisis Center is part of the Federal Public Service Interior, formerly the Ministry of Interior.