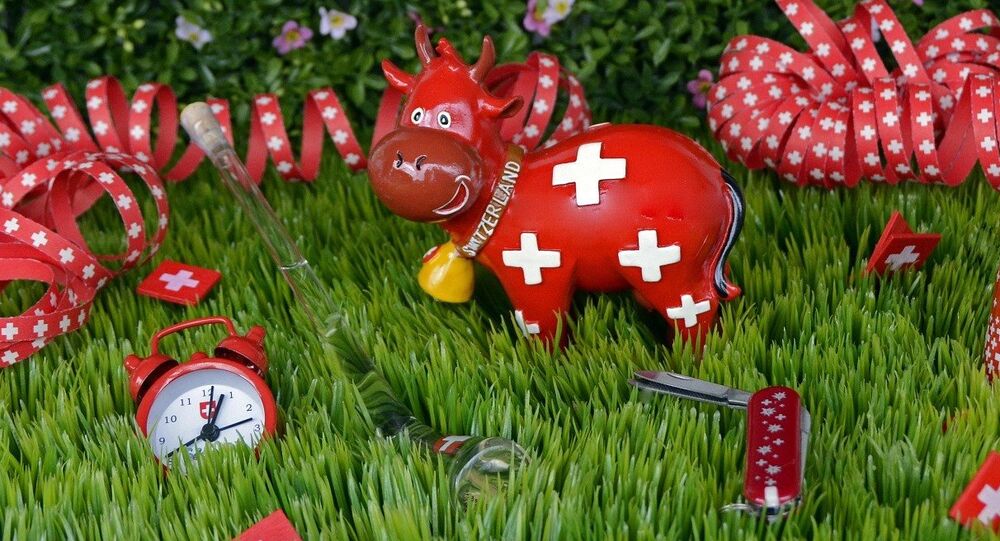 All Swiss political parties are interested in maintaining bilateral contracts with the EU, a Swiss lawmaker from the FDP-Liberals party told Sputnik.

© Flickr / ITU Pictures
EU Council Receives Note From Switzerland on EU Membership Application Withdrawal
MOSCOW (Sputnik) — All political parties of Switzerland are interested in maintaining the existing bilateral contracts with the European Union, which are seen as vital for the prosperity of the Swiss economy, a Swiss lawmaker from the FDP-Liberals party told Sputnik.

Switzerland and the European Union failed to reach consensus on the free movement of people at the recently concluded summer talks on the issue. Switzerland has until February to implement a 2014 initiative, approved by a national referendum, to put some form of limits on immigration from EU states. This goes against the European Union’s principle of free movement of people in the common market, to which Switzerland adheres. The country’s set of bilateral agreements with the bloc, including access to its single market, might be jeopardized if the initiative is implemented.

"There is not a single party in Switzerland that would want to quit the bilateral contracts, not even the Conservatives. So we must find a possible way to find a compromise," Doris Fiala said.

© REUTERS / Arnd Wiegmann
Article 50 Effect: Could Switzerland Become Brexit’s Biggest Loser?
At the same time, the lawmaker added that finding consensus is a challenging task and after Brexit, the matter is not on the top of the EU agenda.

She also stressed the importance of preserving the bilateral contracts with the European Union for the well-being of Swiss economy.

"The bilateral contracts are vital for the prosperity of Switzerland, for our economy they are very important," Fiala said.

She noted that Switzerland’s withdrawal of its letter that could have started possible discussions for future application for EU membership, officially made on Tuesday, is "more a symbolic move" that demonstrates the will of the Swiss people to no longer pursue EU membership, but "to continue the bilateral contracts."

In June, the upper house of the Swiss parliament voted to invalidate the country's application to join the European Union. Following the vote, Switzerland was expected to issue a formal notice to the bloc to consider its application withdrawn.

The long-lasting negotiations between Brussels and Bern were put on hold earlier this year because of the United Kingdom's referendum on its EU membership, with EU officials asking Switzerland to wait until the Brexit issue had been clarified.

At a referendum held in February 2014, Swiss voters backed the introduction of quotas on EU migration. The vote jeopardized aspects of the 1999 EU-Switzerland treaty, which gives Switzerland favorable access to EU markets in exchange for eased entry for the EU workforce to the country's labor market.