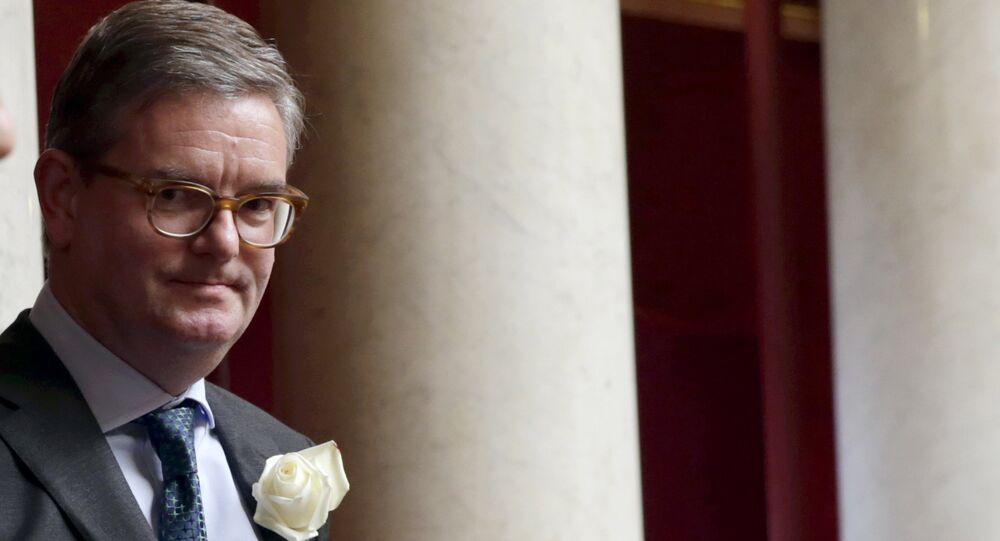 EU to Give UK Commissioner Crucial Security Role Ahead of Brexit

In spite of rumors in Brussels that Britain's next commissioner in the EU would be appointed as 'head of paperclips', the UK is set to be given the important lead in Security and anti-radicalization policy - a significant role for a member state about to quit the EU.

Britain's previous commissioner — Lord Hill — held the portfolio for Financial Stability, Financial Services and Capital Markets Union. However, he resigned in the wake of the referendum on Britain's membership of the EU, which resulted in Brexit.

​The new candidate for commissioner — Sir Julian King, currently British ambassador to France — was rumored to be given a lowly role in view of the fact that Britain voted out of the EU. However, in a surprise move, Jean-Claude Juncker, the Commission president, announced King would lead on the Security Union.

© CC0
Juncker Vets New UK Proposed Commissioner in Diplomatic Waltz After Brexit
The role will be to strengthen EU cooperation in the fight against terrorism, organized crime and cybercrime — a significant role in view of the terror attacks across Europe in the past 18 months. King will work alongside another Brit, Rob Wainwright, who is the director of the EU law enforcement agency, Europol.

King — after he has been formally appointed — will head up the Security Union established in April 2015 to deal with cross-border intelligence and crime-prevention coordination. The Charlie Hebdo — and associated — attacks in January 2015 exposed flaws in the EU's external border security and intelligence failures between member states.

In his letter to Sir Julian, Juncker said: "Security is one of the pressing challenges I have highlighted in my Political Guidelines, which recalled that 'Combatting cross-border crime and terrorism is a common European responsibility'. In particular, three priorities were identified as needing to be addressed: tackling terrorism and preventing radicalization, disrupting organized crime, and fighting cybercrime.

"Repeated subsequent terrorist attacks have underlined the importance and urgency of making swift progress towards an operational and effective Security Union, as highlighted in the Commission Communication of 20 April 2016. The focus of your portfolio work should therefore be on concrete operational measures where the action of the EU can have an impact —  and where we can show that this does not compromise our commitment to fundamental rights and values."

The spate of terror attacks in Paris, Brussels, Nice, Munich — and others — have put security at the top of the EU agenda — alongside immigration. The fact that Britain is being handed to security commissioner role is a sign that — although the UK is to leave the EU at some point in the future — the EU still takes British membership seriously.

Frenchmen Show Thanks to Man Who Attempted to Stop Nice Attacker