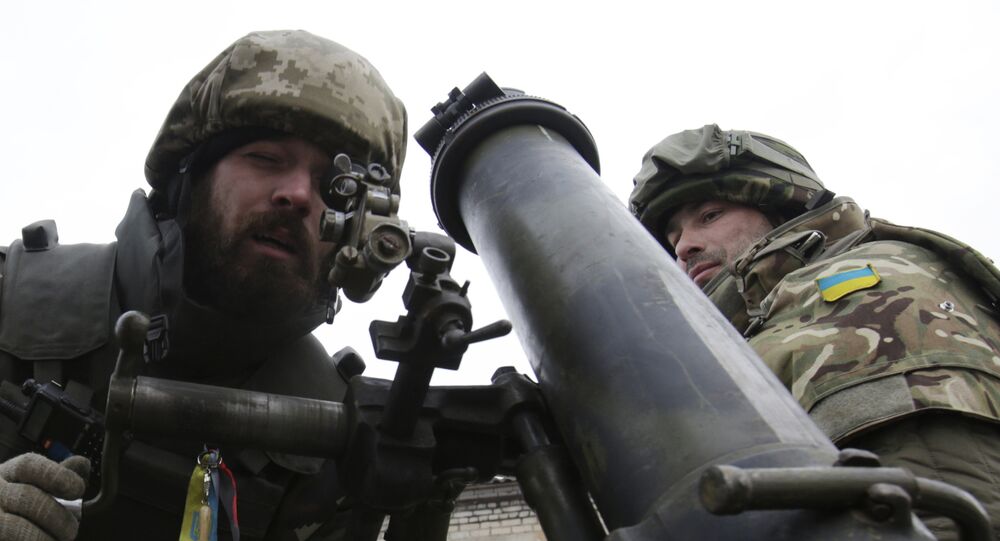 French parliament Foreign Affairs Committee member Thierry Mariani said Monday that he was discouraged by the reaction of Europe to the ongoing humanitarian crisis in Ukraine's southeastern region of Donbas.

MOSCOW (Sputnik) — The delegation, headed by Mariani, paid a three-day visit to Crimea last week. Following the lawmakers' visit to Simferopol, Sevastopol and Yalta, the delegation arrived in Moscow.

"We need to address the issue of Donbass, where people continue to suffer. French doctors who had visited Donbass reported about a difficult situation in Donbass, including the shortage of medications. I am discouraged by a reaction of Europe to the situation in Donbass. Europe keeps silent in this regard. It is difficult to imagine that only a few hours away from Paris, people are continue to die," Mariani, who is a member of the French party The Republicans, said at a press conference, following their visit to the Black Sea peninsula.

© AP Photo / Vadim Ghirda
Ukrainian Rapist Freed for Participation in Donbass Operation
Kiev launched a military operation in Ukraine’s southeast in April 2014, after local residents refused to recognize the new Ukrainian authorities, which came to power as a result of a coup. According to the UN estimates, some 9,500 have been killed and almost 22,000 people wounded since the beginning of the conflict.

In February 2015, a peace agreement was signed between Ukraine’s conflicting sides in the Belarusian capital of Minsk, after talks of the Normandy Four countries, comprising Russia, Ukraine, France and Germany. The deal stipulates a full ceasefire, weapons withdrawal from the line of contact in eastern Ukraine, an all-for-all prisoner exchange and constitutional reforms, which would give a special status to the self-proclaimed Donetsk and Lugansk people’s republics.