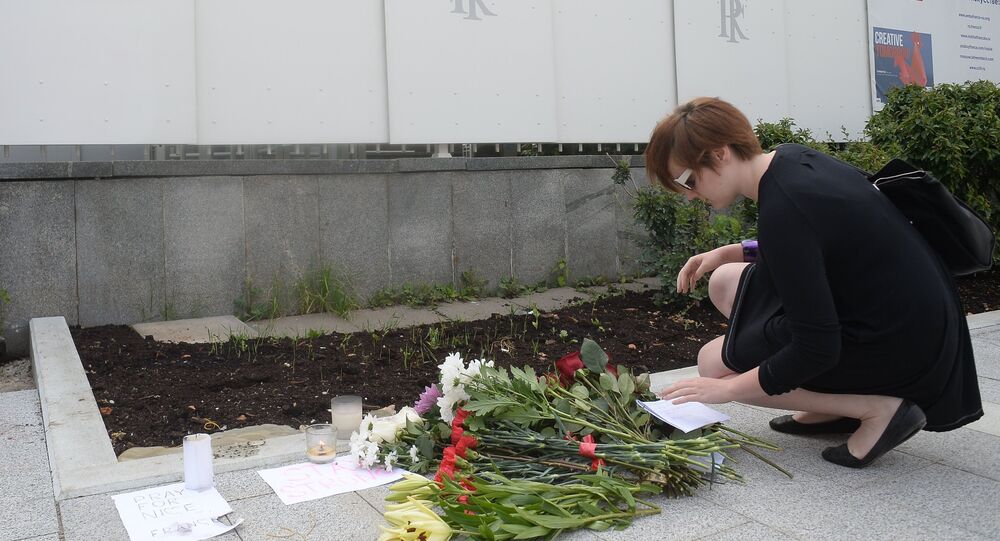 Europe and Russia must continue improving and strengthening ties amid growing terrorist threat.

© Sputnik / Taras Litvinenko
French Delegation 2nd Crimea Visit Stresses Need to Lift Anti-Russia Sanctions
MOSCOW (Sputnik) — Europe and Russia must continue on a path of improving and strengthening ties amid ever-growing terrorist threat despite the US attempts to go back to the Cold War policy, French lawmaker from The Republicans center-right party Jacques Myard, who is currently visiting Crimea, told Sputnik on Friday.

Earlier in the day, a group headed by member of the French parliament Foreign Affairs Committee Thierry Mariani started its three-day visit to Crimea, after traveling there last year.

"There is a necessity to continue warming up ties between Russia and Europe. Unfortunately, some states in Europe, the United States are trying to go back to a policy of the Cold War. We need Russia to combat terrorism as we have a common enemy which is the Daesh. We can combat it only when we are together," Myard said.

The lawmaker noticed signs of improving relations between France and Russia in recent months.

© Sputnik / Yuriy Lashov
'Political Climate' Warming Between Paris, Moscow
The French Foreign Ministry stated earlier that the country’s authorities condemned the intention of French lawmakers to visit the Black Sea peninsula again. Mariani noted on Thursday that French Foreign Minister Jean-Marc Ayrault had toned down his criticism in a sign of warming relations between the two countries.

Ayrault said in Washington, DC last week that Paris was willing to phase out restrictions it imposed on Russia in 2014, after France’s both legislative chambers voted for this earlier this year. In June, the French Senate passed, by an overwhelming majority, a non-binding resolution calling on the government to ease the sanctions against Russia. In late April, Mariani initiated a similar resolution that was passed by the lower house of the French parliament.

In July, France has fallen victim to two terror attacks, the responsibility for which has been claimed by the Daesh terrorist group, outlawed in many countries worldwide including Russia. On July 14, a truck rammed into a large crowd celebrating Bastille Day in Nice, killing at least 84 people. On July 26, two armed men took five people hostage at the Saint-Etienne-du-Rouvray church in Normandy, killing a priest.

Russia Neither ‘Adversary, Nor Threat’ to France – Hollande