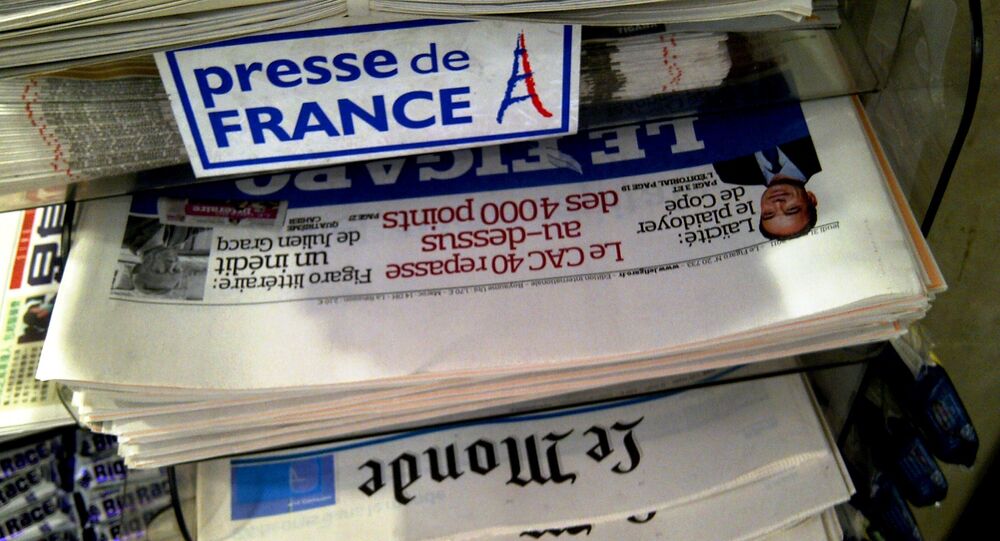 In what the editor has dubbed the "first act of resistance," France's biggest selling daily newspaper has declared it won't publish pictures of terrorists who commit atrocities in the country.

"Following the Nice attack, we will not publish [photographs of killers] to avoid possible effects of posthumous glorification," Jerome Fenoglio managing editor of Le Monde said in an editorial, while calling for "introspection" in the French media.

It's a policy aimed at preventing so-called "posthumous glory," with broadcaster BFMTV following Le Monde's lead not to broadcast pictures of attackers.

"Given the accumulation of attacks in France, we do not want to create a rogue's gallery of terrorists," Alexis Delahousse, deputy director of BFMTV said.

"So we stopped publishing their photos, which does not prevent [the investigation]… The only exception to this principle is a 'wanted' notice issued by the police [which helps] investigators."

© REUTERS / Eric Gaillard
The name Mohamed Lahoualej Bouhlel is seen on a plate outside the building where he lived in Nice, France, July 17, 2016.

The editorial decision not to publish photographs of known terrorist attackers also follows the recent murder of a Catholic priest in Normandy.

"We owe it to all the victims of the criminal group known as Islamic State [Daesh] and since Tuesday 26 July, we owe it to the memory of Father Jacques Hamel, assassinated in his church," Jerome Fenoglio said.

The image of Adel Kermiche, who is accused of murdering Hamel, has been blurred by many media organizations.

However, there are concerns that banning pictures from broadcast media and newspapers won't go far enough to combat the "posthumous glory" afforded by accused terrorists.

Fenoglio warns that without a "conscious effort on the part of companies controlling social networks and mass media," it would be harder to resist the "strategy of hate" Daesh.

Pixabay
Bringing Down Daesh: UK Gov't Pouring Resources Into Fighting Terror Online
In the UK, the number of extremist and terrorism-related material online removed by police forces has trebled in the last few years, exponentially with the rise of Daesh.

However, pressure is mounting on online social media giants like Facebook and Twitter to do more to stop the proliferation of terrorism-related propaganda infiltrating its networks.