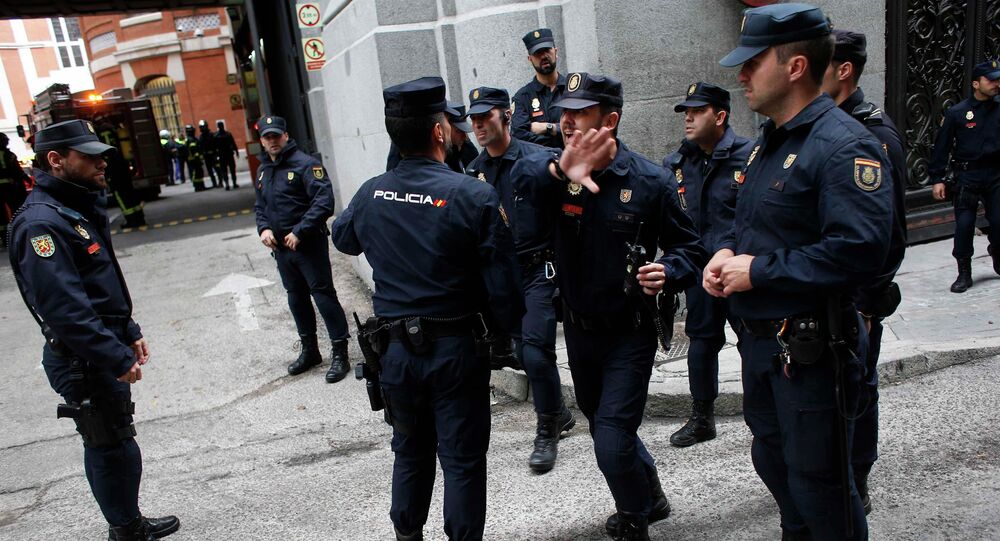 Brothers Detained in Spain for Funding Daesh, Sent Over $3k/Month to Militants

Two brothers detained in Spain on charges of funding the Daesh terrorist group had sent the terrorists between $2,200 and $3,300 every month, local media reported Thursday.

MOSCOW (Sputnik) — According to El Mundo newspaper, citing sources close to the investigation, some 10,000 euros ($11,000) were found in the brothers' apartment, which were presumably expected to be sent to Daesh militants.

​The investigators are yet to determine when exactly the brothers began to send money to Daesh, which is outlawed in many countries around the world including Russia.

One of the brothers is reported to have worked as a painter, while the other one was a salesman.

According to the Spanish Interior Ministry, the two brothers, both of Moroccan origin, had a third brother who had also been involved in the Daesh funding scheme and who had moved to Syria with his family and children. He subsequently died there but the illegal Daesh funding did not stop.

Spain Detains 2 Brothers on Suspicion of Involvement in Financing Daesh