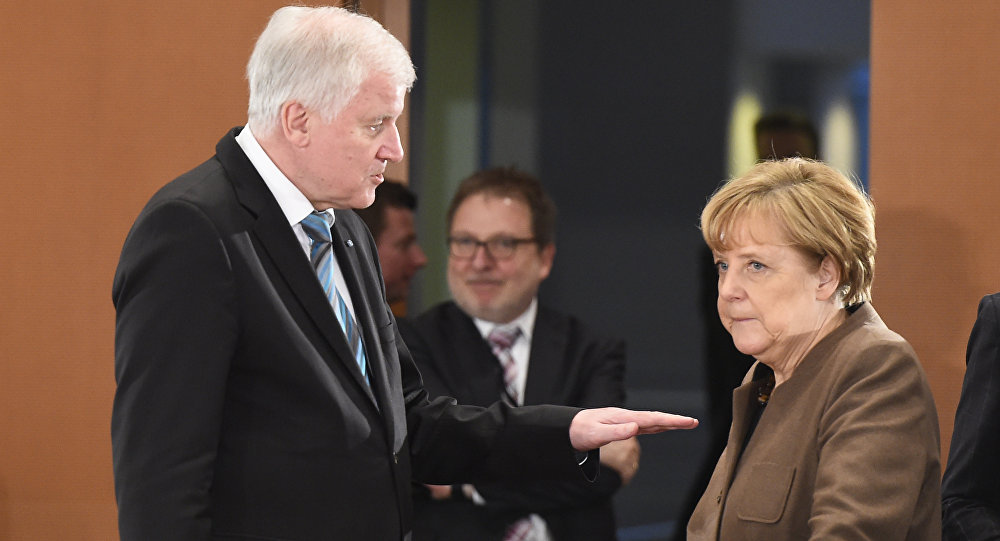 Officials in the German state of Bavaria have called on German Chancellor Angela Merkel to introduce a crackdown on security and immigration measures across the country, following recent attacks in the region, with Bavarian officials declaring that "Islamist terror" had reached Germany.

Following a series of attacks in Germany over the past 10 days, which left 11 people dead, officials from Bavaria's regional government have raised concerns about the security of the country, particularly considering reports two of the assailants involved in the attacks had links to Islamist terror groups.

"Each attack, each act of terrorism, is one too many. Islamist terrorism has arrived in Germany," Bavarian Premier Horst Seehofer said, adding that "the past week has hit Bavaria in the gut."

Horst Seehofer, Bavarian Minister on Munich attack: "Without security there is not freedom"

​Seehofer, while although the leader of Merkel's sister party, has been a long-standing critic of Berlin's "open door" refugee policy, saying action was needed to prevent further attacks, "instead of constantly talking to-and-fro.

"We need more security in Germany. People are riled up, full of fear, and that is completely understandable. They need reliable answers from politicians and not endless debates and justifications," he added, in a swipe at the Chancellor.

The criticism came amid calls from Bavarian officials for a crackdown on a number of security and immigration measures.

Fronting a press conference with Seehofer, Bavarian Interior Minister Joachim Herrmann called for Berlin to re-think rules surrounding refugee deportations, saying the expulsion of a rejected applicant to some parts of the Middle East "should no longer be taboo."

​"We must push it to the edge of the envelope currently permitted under European law, and we have to think about whether the EU rules have to be changed," Mr Herrmann said.

The calls for a shake-up in deportation policies comes after it was revealed that the 27-year-old Syrian man who blew himself up with explosives in the Bavarian city of Ansbach had been spared deportation for more than a year due to medical reasons.

German prosecutors: Ansbach bomber Mohammed Daleel was directly influenced by an unknown person, who had significant influence on attack.

​Amid other changes, Bavarian officials said they would bolster police staffing and equipment, while they also renewed calls for federal restrictions on the surveillance of suspects to be eased. 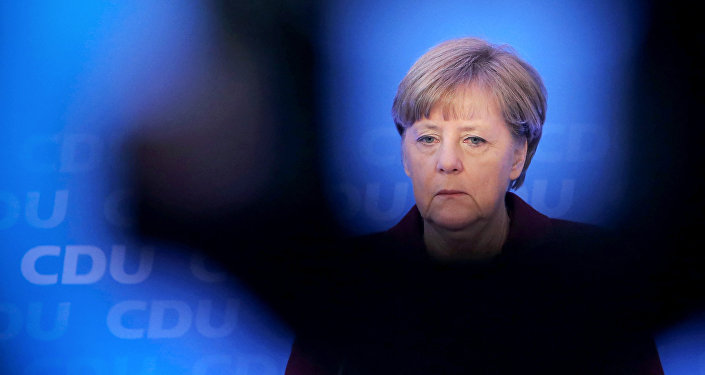 © AFP 2019 / Fredrik von Erichsen
Merkel Ally Defends Chancellor as Party Divisions Deepen
Given the tight political relationship between Merkel's CDU and Seehofer's CSU, the criticism from the Bavarian regional government is quite damaging to officials in Berlin, who have so far come under attack for their response to security in the wake of recent attacks.

German government officials have warned against anti-refugee and anti-immigrant sentiment, pointing out that none of those involved in recent attacks entered the country during last year's mass refugee intake.

Burkhard Lischka, internal affairs spokesman for the Social Democrats, who are the junior coalition party in  theGerman government, called for officials to be more rigorous in expelling those denied asylum status.

​"Any asylum seeker or refugee who is rejected must leave Germany," he said.

Meanwhile, Germany's Left Party also criticized the government, with leader Sahra Wagenknecht telling ARD television the "integration of a very large number of refugees and immigrants involves problems at any rate and is much more difficult than Frau Merkel and her 'we can do it' [appeals] tried to suggest last autumn."