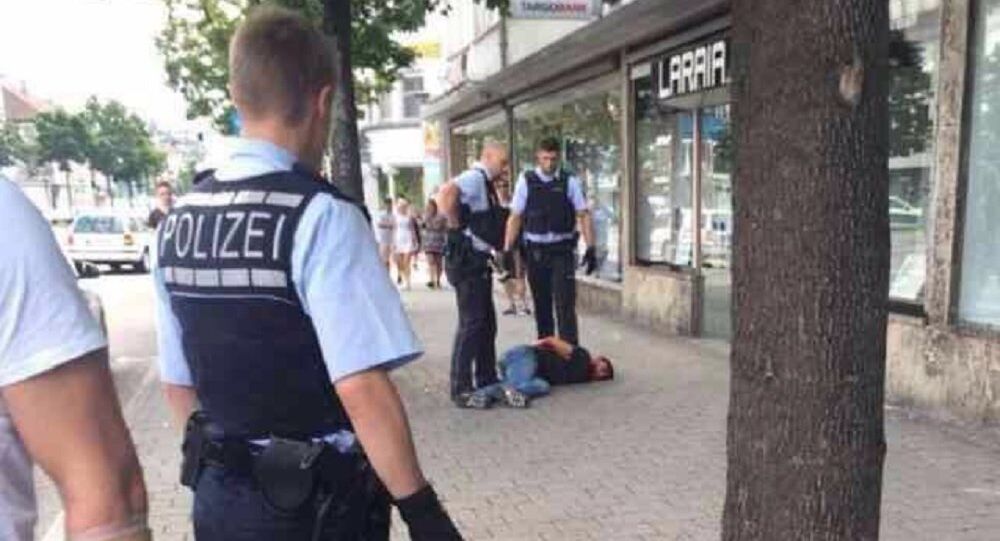 German Security Agencies Had No Info on Ansbach, Reutlingen Attackers

Germany's intelligence agencies had no information about the Syrian nationals responsible for the attacks in Ansbach and Reutlingen, the country's interior minister said.

MOSCOW (Sputnik) — The Syrian nationals responsible for the attacks in Ansbach and Reutlingen in southern Germany were not known to the country's intelligence agency or police prior to committing the acts of violence last week, German Interior Minister Thomas de Maiziere said Monday.

"Data on both attackers was run through all necessary security databases during their asylum processes but no matches were found," Thomas de Maiziere told reporters.

© REUTERS / Michael Dalder
Germany Considers Army Role in Terrorism Clampdown
"Even today, neither the Federal Office for the Protection of the Constitution nor the Federal Criminal Police have any relevant information," he continued.

A Syrian national whose asylum application had been turned down and who was to be deported to Bulgaria after living in Germany for a year, detonated a bomb late on Sunday in the Bavarian city of Ansbach, killing himself and wounding 15 bystanders.

The same day, another Syrian refugee killed a female colleague with a machete in the southern city of Reutlingen, near Stuttgart.