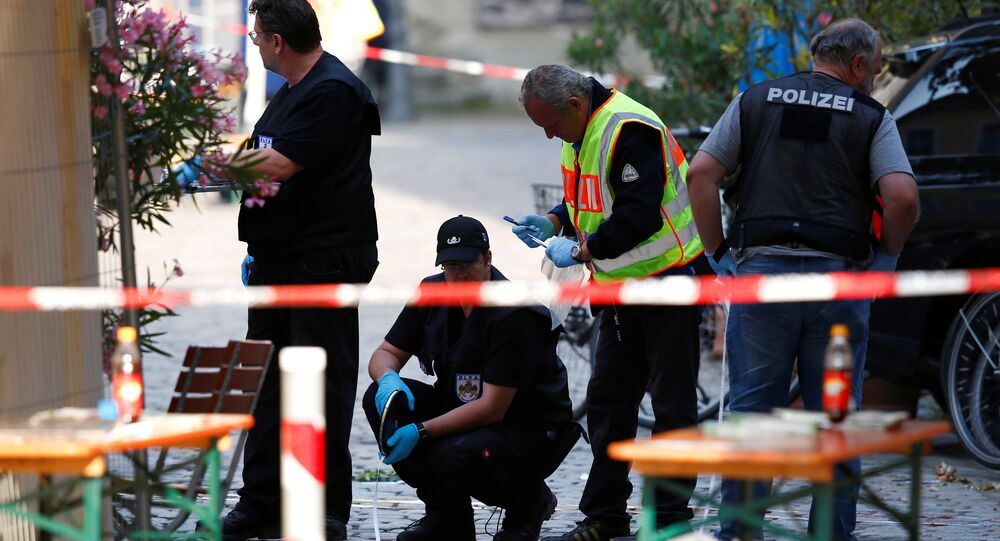 The Ansbach suicide bomber pledged allegiance to Daesh, the Bavarian interior minister said Sunday stating that the attack was an act of terrorism.

Bavarian Interior Minister Joachim Herrmann said on Monday that the Syrian refugee who blew himself up outside a music festival in Ansbach had pledged loyalty to the Daesh leader which confirmed an Islamist motive of the attack.

"A video with a corresponding threat of an attack made by the assailant was found on his cellphone, in which he declares in Arabic…in the name of Allah allegiance to Abu Bakr al-Baghdadi, a known Islamist leader, and threatens vengeance against Germans because they stand in Islam’s way," Herrmann told reporters.

"After seeing this video, I think there is no doubt that the attack was a terrorist act with an Islamist motive," Herrmann continued.

An explosion took place in the southern German city of Ansbach on Sunday, not far from the venue of the music festival Ansbach Open. The blast left one person dead and at least 12 injured. Local police believe that the man killed by the explosion, a Syrian national whose asylum application had been rejected, detonated the bomb.