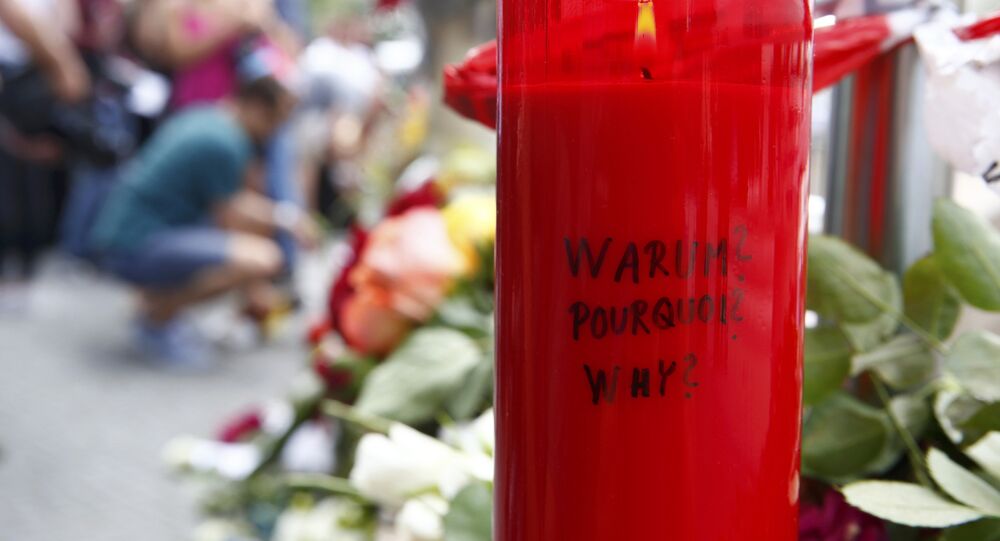 The 18-year-old German-Iranian man who killed nine in Munich on Friday had been plotting the attack for about a year, according to Bavarian police.

MOSCOW (Sputnik) — The Munich shooter had been planning the attack on a mall for about a year but his victims were chosen randomly, Bavaria's police chief Robert Heimberger said Sunday.

"The perpetrator had been engaged with his attack for about a year, had been planning it since the last summer," Heimberger told journalists at the press conference.

© REUTERS / Michael Dalder
Munich Police Say Link Exists Between Mall Shooting, Anniversary of Breivik Massacre
He added that despite that the shooter had been studying potential locations for the attack he did not choose specific victims.

The Munich shooter wrote his own "Manifesto" and did not copy the one Norwegian far-right mass murderer Anders Breivik wrote, Heimberger said.

"That is not true," Heimberger said answering the question if Breivik's "Manifesto" had been discovered during the search at the gunman apartment.

The majority of Munich shooting victims did not have German citizenship, Heimberger said.

German police continue to believe that there was no political motive behind the Munich mall shooting, while it has been confirmed that the suspect was under psychiatric supervision, Munich Prosecutor’s Office spokesman Thomas Steinkraus-Koch said Sunday.

"The statement that the crime was not politically motivated is still relevant," Steinkraus-Koch said at the press conference broadcast by the N-24 television channel.

He reminded that there had been claims of the attack suspect suffering a mental disorder.

"This has been confirmed. During a search of his home, we found medical records that indicate to anxiety disorder, depression," the spokesman said.

"The mental disorder which I mentioned was social phobias, it means that the suspect was afraid to communicate with other people. It fits in the picture that his parents were able to paint for us… This is what has led to depression," Steinkraus-Koch said.

On Friday, the 18-year-old German-Iranian man opened fire in a crowded Munich shopping mall and a nearby McDonald's restaurant, killing nine and injuring 27 others before committing a suicide..