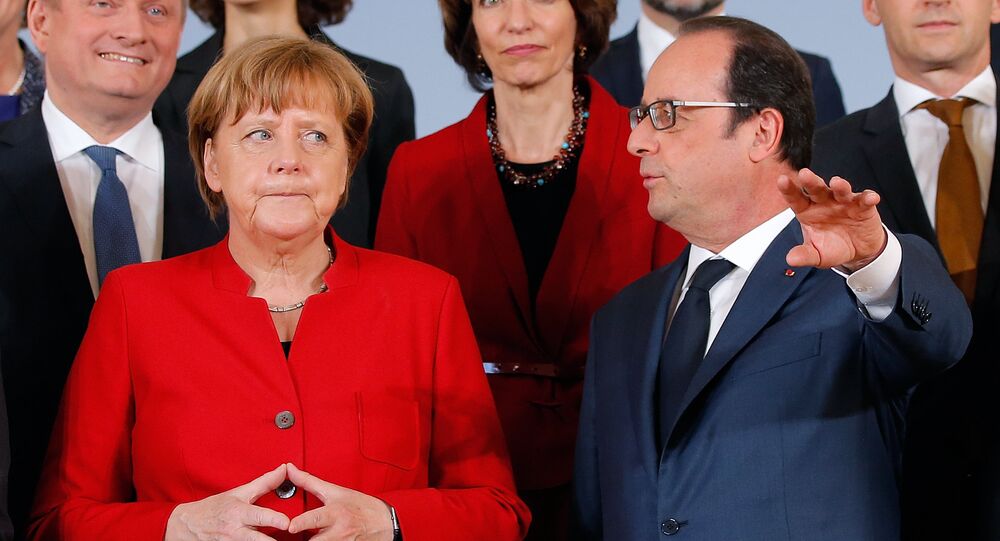 French President Francois Hollande and German Chancellor Angela Merkel discussed the recent deadly attacks in the French city of Nice and in Munich, Germany, the Elysee Palace said in a statement on Saturday.

"They discussed the nature of the despicable acts that occurred in recent days in both countries and agreed on the need to cooperate more closely in the fight against those who seek to separate people and create a climate of terror among the population," the statement reads.

On Friday, a 18-year-old German-Iranian man opened fire in a crowded Munich shopping mall and a nearby McDonald's restaurant, killing 10 people and wounding 27 others. He then committed a suicide. His motive remains unclear.

The Munich attack came after on July 14, a truck rammed into a large crowd celebrating Bastille Day in the French city of Nice. At least 84 people, including children, were killed and hundreds of others were injured. The Daesh terrorist group, outlawed in many countries including Russia, claimed responsibility for the attack.