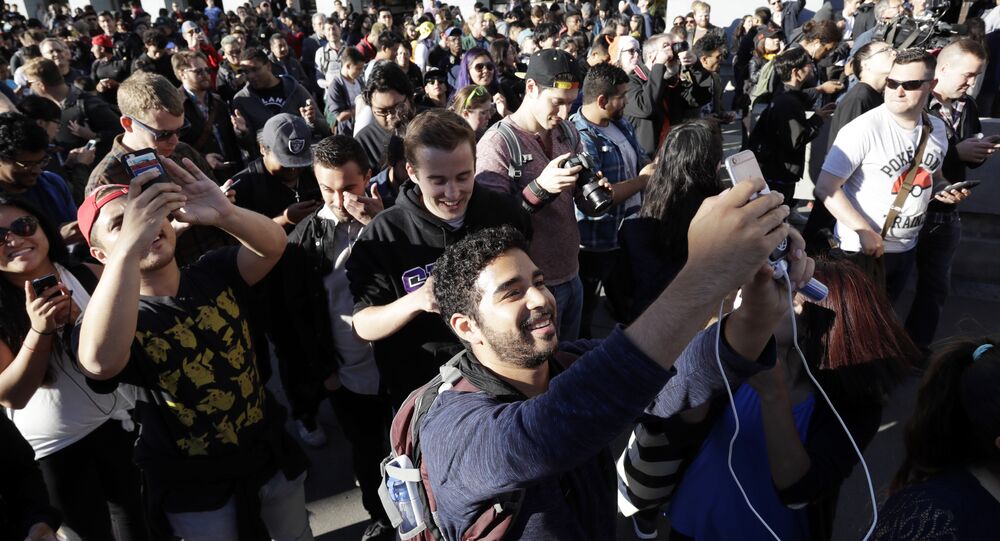 Sergey Lozhkin, Senior Security Researcher at Kaspersky Lab, said that he does not think that Pokémon Go is a serious security threat.

Pokemon Go is a free augmented reality mobile game where the picture displayed on the smartphone screen is projected onto real-world locations. The aim of the game is to catch Pokemon (pocket monsters). The game hype raised security concerns, as it potentially can make people gather in one place, which is what attackers usually look for.

"I do not think that Pokémon Go is a serious security threat. Assumptions on the possibility of the usage [of] this app as a tool to conduct terrorist attacks are overhyped too, in my opinion. Unfortunately, finding a crowd is not an issue for terrorists," Lozhkin said, adding there was no need to impose any special restrictions on the game.

© AFP 2020 / Remko de Waal / ANP
Winter is Coming: Will Creators of Pokemon Go Make a Game of Thrones Game?
When it comes to the potential physical security risks, "it is all the matter of common sense," he added. "It is obviously dangerous to catch Pokémon’s while driving, or while crossing the road, etc."

On Wednesday, Indonesia banned police and military personnel, as well as staff of the presidential palace from playing Pokemon Go while on duty.

Earlier this week, the US government issued a warning to military and intelligence personnel to play the mobile game carefully to avoid leaking sensitive geolocation data, while some Arab countries have warned residents that the app's geolocation features may be used by criminals, adding that players of the game are vulnerable to hacker attacks.