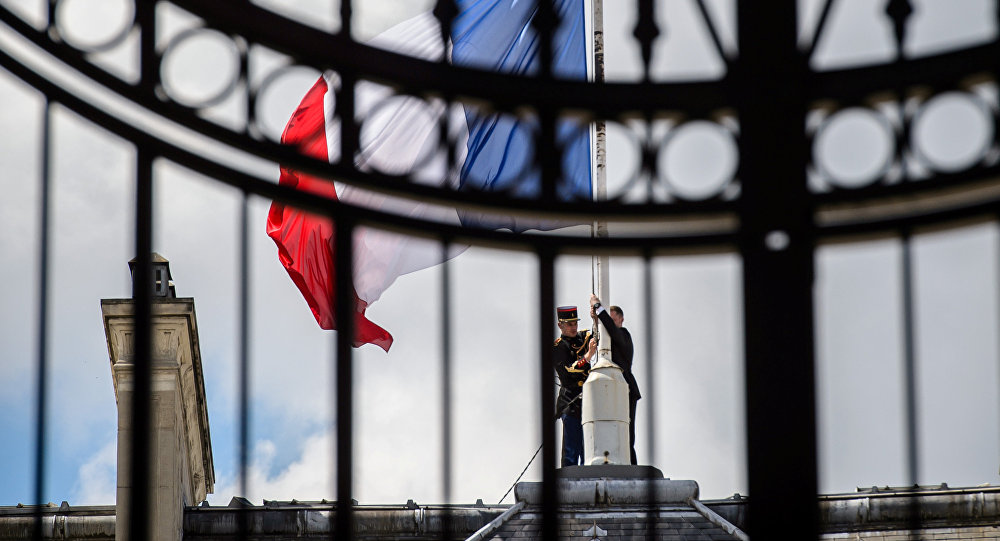 France will extend its state of emergency measures for a further six months following last week's terrorist attack in Nice. The extension means that emergency measures will have been in place for more than one year, raising questions about the future of security in France.

Following a vote in the French National Assembly on Wednesday, the state of emergency measures, initially introduced following the Paris terror attacks in November 2015, will remain in place until January 2017, giving police extra powers to carry out searches and place people under house arrest.

France’s National Assembly has voted to extend the state of emergency for another 6 months following last week’s massacre in Nice.

​The existing state of emergency decree was due to expire next week, however it was extended after the July 14 attack, which saw a truck driver plow through a crowd of people celebrating Bastille Day in Nice, killing 84.

© REUTERS / Pascal Rossignol
A French flag flies among the crowd as people gather in front of the Monument du Centenaire during a minute of silence on the third day of national mourning to pay tribute to victims of the truck attack along the Promenade des Anglais on Bastille Day that killed scores and injured as many in Nice, France, July 18, 2016.

Terrorist group Daesh later claimed responsibility for the attack, however Paris prosecutor Francois Molins said that while 31-year-old Tunisian Mohamed Lahouaiej Bouhlel had shown a recent interest in jihadist activity, there was no direct evidence suggesting he was one of the terror group's "fighters."

The extension of the state of emergency measures has raised many questions about the future of law enforcement in France, as the country reels from another terrorist attack.

While initially meant as a temporary measure — in the wake of last year's Paris attacks — the state of emergency decree has now been extended four times following an increase in terror acts against on French citizens and police officers.

​This extra power granted to law enforcement agencies, along with measures allowing police officers to carry guns while off duty, increased surveillance and spying powers, has led many to question whether France will be forever changed as a result of recent terror.

© AFP 2019 / Matthieu Alexandre
French soldiers anti-terror security forces operation Sentinelle patrol near the Galeries Lafayette in Paris on July 15, 2016, a day after the attack in Nice.

Right-wing critics of French President Francois Hollande have slammed the government for engaging in too much sentiment rather than action in the fight against terrorism, with opposition leader and former president Nicolas Sarkozy calling for those showing signs of radicalization to be fitted with an electronic tag, placed under house arrest or in detention.

Sarkozy: home detention and electronic bracelets for the 11,500 people subject to a "fiche S" (ID'd as a threat to national security).

​Meanwhile, those to the left have accused the president of bowing too much to right-wing fears, arguing such repressive actions are often ineffective in preventing or foiling terror attacks.

Some civil rights activists fear the recent terror attacks will have a long-lasting impact on French governance and society, amid fears further crackdowns and controls may be placed on citizens in the name of fighting terror.

Neither did the French State of Emergency nor the increased spy and surveillance law protect France.

"We can't lock people up on the basis of mere suspicion, or suspicion of suspicion," minister for parliamentary relations Jean-Marie Le Guen said.