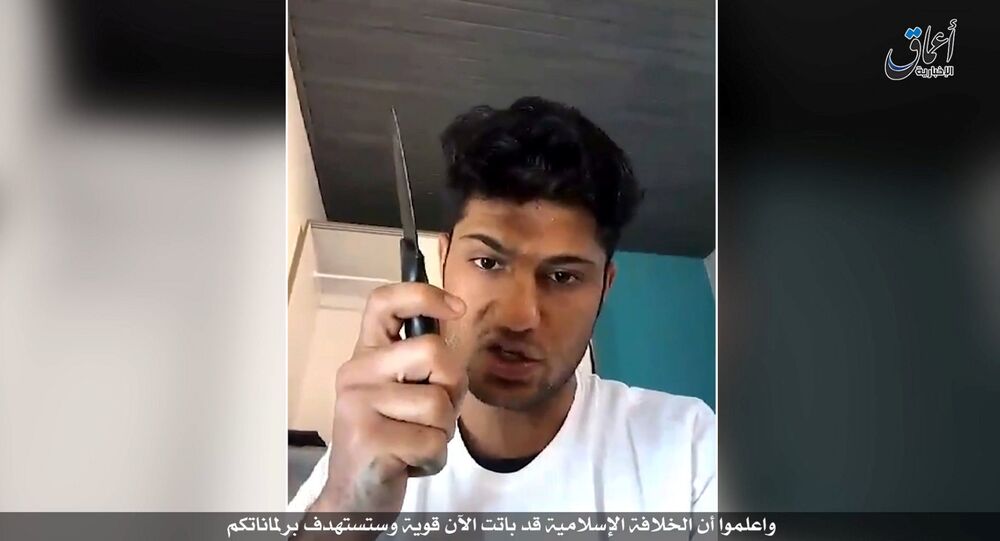 The German train attacker who injured passengers with an axe on Monday left a suicide note, according to investigators.

The suspect, identified as a 17-year-old Afghan asylum-seeker, struck people with an axe onboard a train near the Germany city of Wuerzburg. Authorities say he shouted "Allahu akbar" throughout the rampage, an Arabic phrase meaning "God is great." He was shot dead by police.

© REUTERS / Kai Pfaffenbach
German emergency services workers work in the area where a man with an axe attacked passengers on a train near the city of Wuerzburg, Germany early July 19, 2016

Police found the suicide note in a notebook in the attacker's home, along with a Daesh flag.

German prosecutors claim that the attack may have been in response to learning of a friend's death in Afghanistan over the weekend.

Investigators are also investigating a video that appears to show the suspect brandishing a knife and vowing to use it to avenge those killed in Muslim countries. The authenticity of this video has not yet been verified, however.