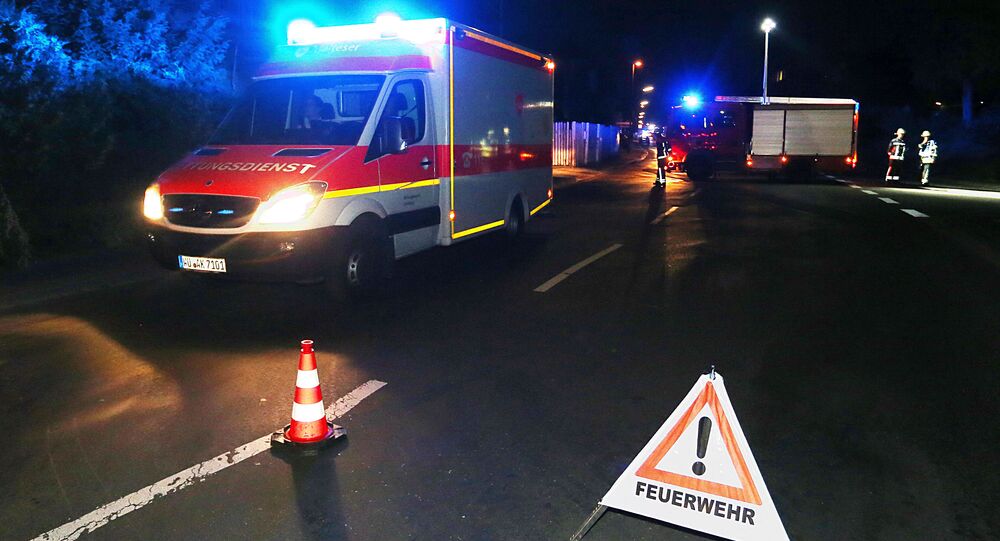 At Least 20 Injured, Some Critical, in Axe Attack on German Train

More than 20 people were injured when a man wielding an axe and a knife went on an attack on a German train.

The attack took place on the railway line between Wurzburg-Heidingsfeld and Oscenfurt, in central Germany. The attacker has been identified as a 17-year-old refugee from Afghanistan. He was shot dead by police after fleeing the scene. A Bavarian interior ministry spokesman said the assailant cried "Allahu Akbar" (God is great) during the attack.

​Local media is reporting that at least 21 people have been injured, with others being treated for shock. A police helicopter was reported to be circling the area and many officers were deployed. No motive for the attack has been discovered, a police spokesman was quoted as saying "At this time everything is possible".

​Photos posted to Twitter show at least a dozen paramedics on site.

An alternative bus line has been organized by authorities as the rail line between Wurzburg-Heidingsfeld and Oscenfurt has been closed. According to German news agency DPA, police have reported that some of the victim's injuries were life-threatening.