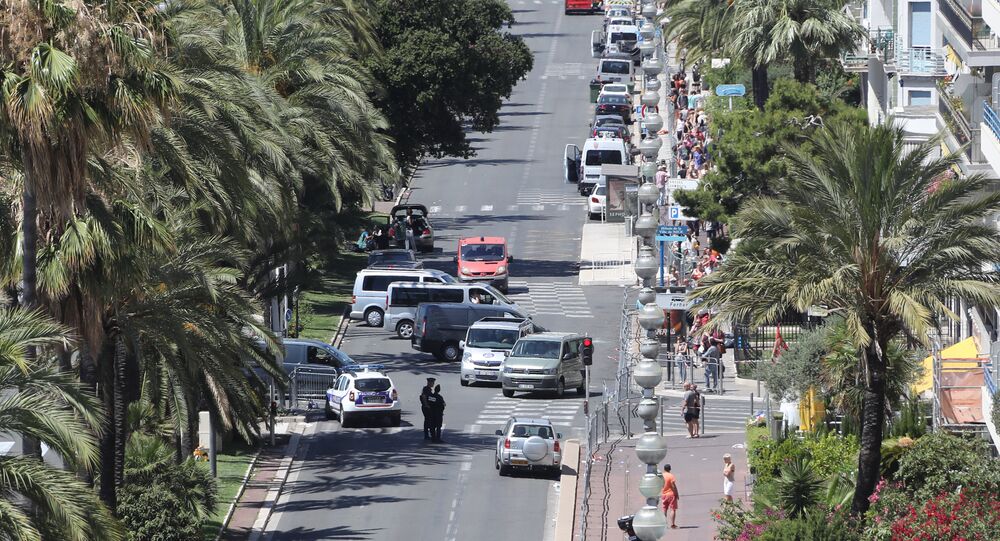 Citizens from 27 countries are among the casualties of the recent terrorist attack in a French city of Nice, French Foreign Minister Jean-Marc Ayrault said Monday.

BRUSSELS (Sputnik) — On July 14, a truck rammed into a large crowd celebrating Bastille Day in the city of Nice. At least 84 people, including children, were killed and hundreds of others were injured. The French police confirmed that Russian female Victoria Savchenko was among the casualties. The fate of another Russian Alina Bogdanova is still unknown.

"I have informed my colleges on urgent measures which should be taken to support the families of the victims, injured and suffered [from the attack]. Unfortunately, the results are tragic. It [the attack] has hit 27 nationalities. These are French of all descents and religions, who meet dreadful end or having been injured…and also tourists, guests, parents and friends who came to Nice to participate in the event of celebrating the unity of our common values."

Ayrault added that the identification of those who died in the attack was still underway.