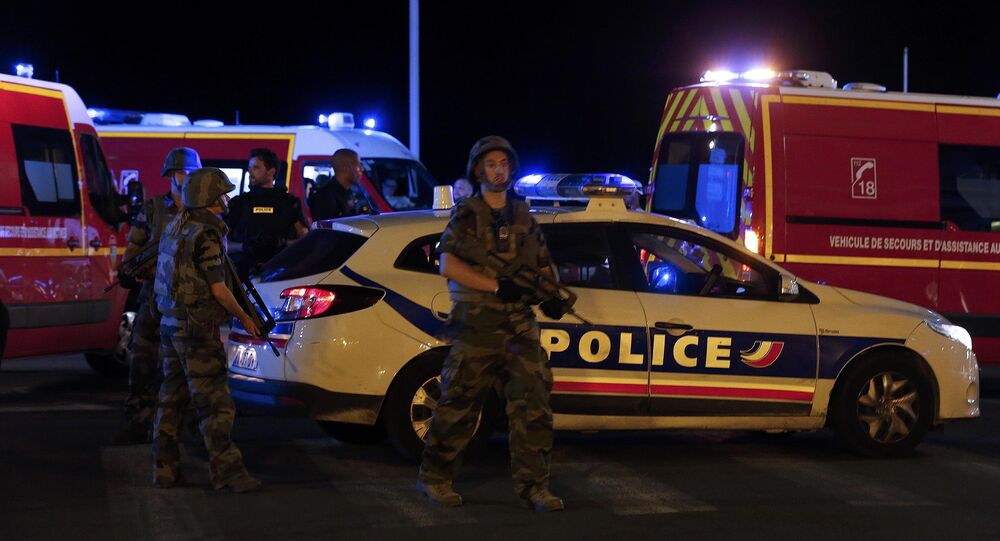 French anti-terrorist police stormed an apartment of an elderly couple by mistake, as a part of operation after an attack on the French southern city of Nice, local media reported.

© AFP 2021 / STEPHANE DE SAKUTIN
France Vows to Continue Fight Against Daesh Everywhere After Nice Attack
PARIS (Sputnik) — According to the Nice-Matin newspaper, police knocked out front door and a door to the bedroom early on Saturday to find terrified couple, an 80-year-old man and his 82-year-old wife.

Following the incident, officers managed to detain people they were searching for.

Late on Thursday night, a truck rammed into a large crowd that was celebrating Bastille Day in Nice, killing at least 84 people and injuring over 300.

On Saturday, media reported that the Islamic State extremist group, which is outlawed in many countries, including Russia, claimed responsibility for the attack.