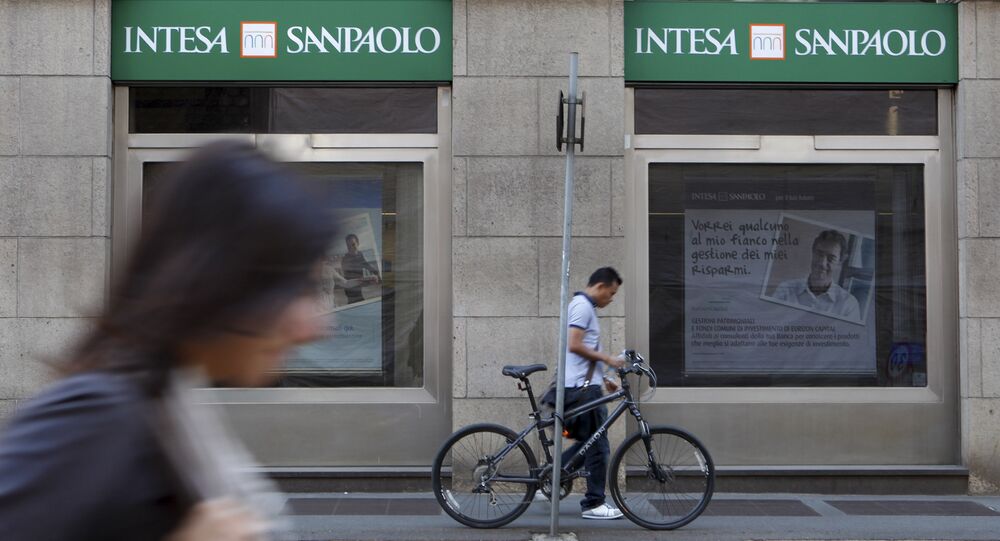 Italexit Not an Option: ‘Italy Unwilling to Break Away From EU’

With Italy’s state debt now estimated by the IMF at being just under 133 percent of GDP, some fear that Italy could exit the eurozone thus throwing the EU into a major political crisis after Brexit. Is Italexit really possible? Sputnik discussed the issue with Milan University’s Professor Giulio Sapelli.

© Flickr / Paolo Margari
Poverty in Italy Hits 10-Year Record High
“Brexit is posing geopolitical, rather than economic, risks to Italy, whose trade turnover with Britain is maximum 5 percent. Britain  served as a counterbalance to Germany and now that it has given up its clout as a nuclear power (with France), Germany remains the only superpower in Europe,” Professor Sapelli said.

He added that with France now losing its onetime status, Italy could wind up as a German yes-man.

As for Italy’s possible exit from the eurozone and the EU in the wake of Brexit, he said that Rome now has a good chance to have its voice better heard in Brussels.

“There are no prerequisites for Italexit now. Even if the Italians say ‘no’ to a proposed constitutional reform in the upcoming referendum, the country will not be plunged into political chaos, like some experts warn. There will be a new government, [Prime Minister Matteo] Renzi will make way for the Five Stars movement, which is backed by the US and Israel.

“In any case Italy is unwilling to break away from the EU. Renzi’s political enemies – the Northern League and the Five Stars – are likewise willing to stay,” Professor Capelli said in conclusion.