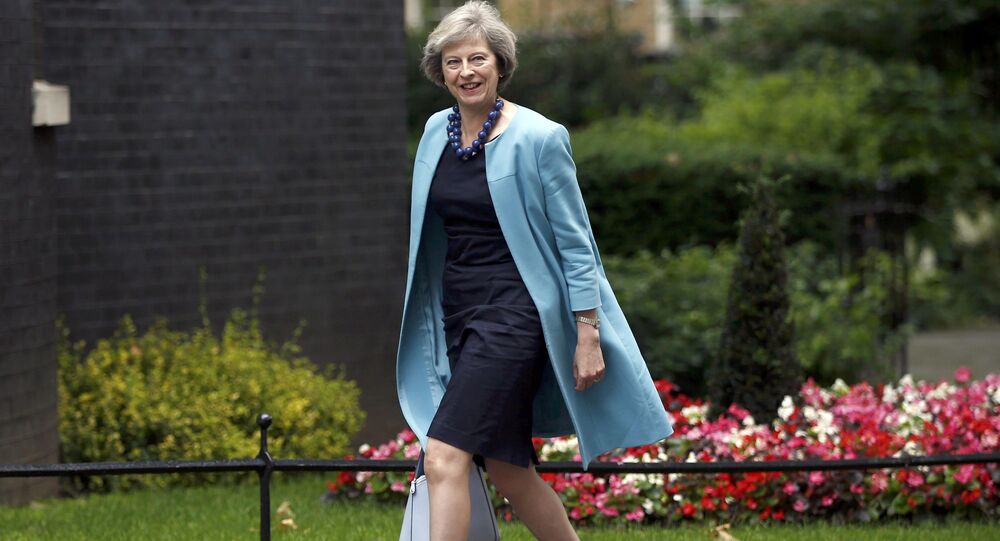 UK Prime Minister Theresa May will visit Scotland and meet First Minister Nicola Sturgeon on Friday to emphasize her strong support for the union, the UK government said in a statement.

MOSCOW (Sputnik) — According to the statement, May will also affirm commitment to fully engage with the Scottish Government in the negotiations on the UK’s exit from the European Union.

"I believe with all my heart in the United Kingdom – the precious bond between England, Scotland, Wales and Northern Ireland. This visit to Scotland is my first as Prime Minister and I’m coming here to show my commitment to preserving this special union that has endured for centuries," May said in a statement ahead of the visit.

© AFP 2021 / ADRIAN DENNIS
New UK Prime Minister, Chancellor 'Out of Step' With Scottish Voters
In June 23, the referendum was held in the United Kingdom, in which 51.9 percent of voters supported the country withdrawing from the European Union. At the same time Scotland, as well as Northern Ireland backed retaining membership of the 28-nation bloc, while England and Wales backed Brexit.

In June, First Minister of Scotland Nicola Sturgeon pledged to secure a special status for Scotland in relations with the European Union after the Brexit referendum.

US: Fallout From Brexit Uncertainty May Last ‘Months or Years’

Where Time Stands Still: A 3D Look at an Abandoned Scottish Castle