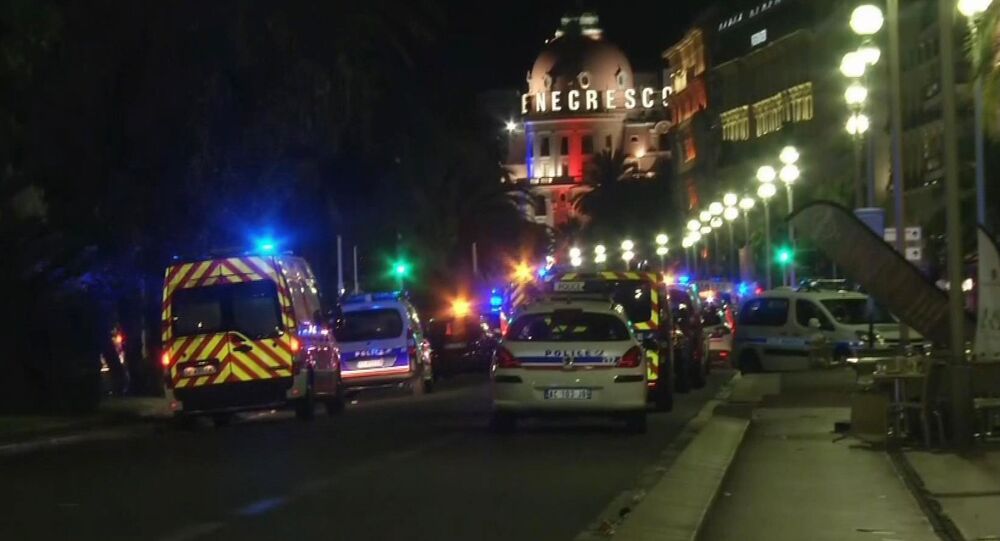 Russian Tourist Reportedly Killed, One Other Injured in Nice Attack

At least one Russian has been reported killed, and one injured during the terror attack in Nice, France, according to RIA Novosti.

"Rostourism recommends Russian citizens who stay in France to apply the following safety measures: be vigilant, stay at their homes unless necessary, avoid crowded places, follow the orders of local authorities," Sergeyeva said.

According to Irina Tyurina, a Russian Tourism Industry Union press secretary, there are currently many Russian citizens in Nice.

"There are many Russian tourist in Nice right now, as well as in Cote d'Azur. Many Russians have their own estate there," she told reporters.

First deputy chairman of the defense and security committee in the Federation Council of Russia Franz Klintsevich said in his statement that the terrorist, in his attack on innocent revelers in Nice, is trying to show the world that they have no boundaries.

"This is, as horribly as it sounds, a demonstrative attack," the Senator said.

The Russian embassy in Washington reportedly enhanced security after the truck attack in France, according to an embassy spokesperson.