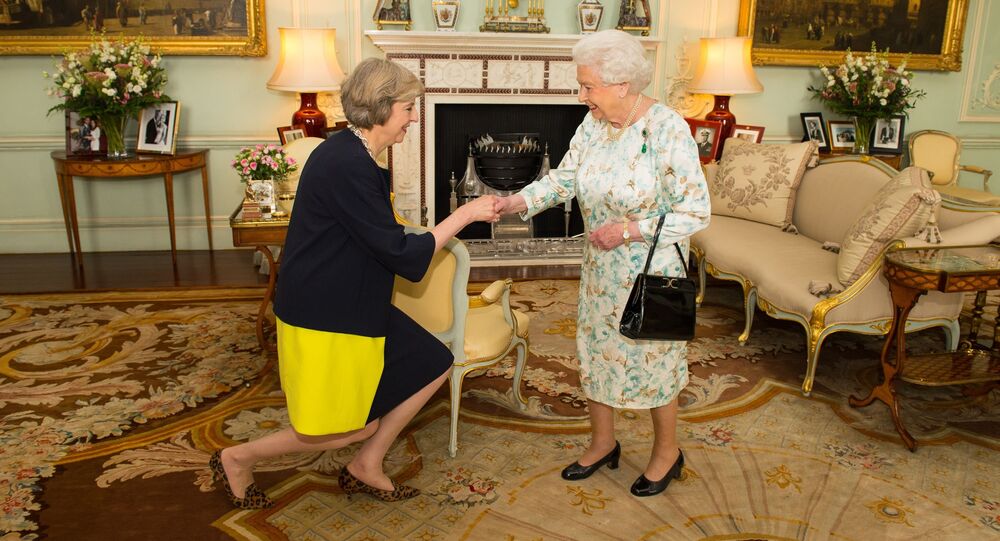 May's audience, in which the Queen instructed May to form a new cabinet of ministers, took place shortly after the British monarch accepted David Cameron's resignation.

​May is then expected to arrive at her new residence, Downing Street, where a ceremonial handing of the keys and a nuclear suitcase will take place.

"I'd like to offer my warmest congratulations to Theresa May on becoming the Prime Minister of our great country. Theresa takes on the role at a critical time in our history and I look forward to working constructively together in the interests of London and the whole UK," Khan wrote on his Facebook page.

He added that May's decisions must include a deal with the European Union allowing the United Kingdom to prosper, further devolution of powers to the capital so that it could protect jobs and growth as well as reassurance that the EU citizens already living in the United Kingdom would continue to be welcome.​

Theresa May is widely believed to name her key cabinet members by late Wednesday.

Cameron announced his resignation anticipated this fall after his campaign to keep the United Kingdom a member of the European Union lost 52-48 percent in a June 23 referendum. May became the only candidate to head the UK Conservative Party and to become the country's new prime minister after her rival Andrea Leadsom withdrew her candidacy.