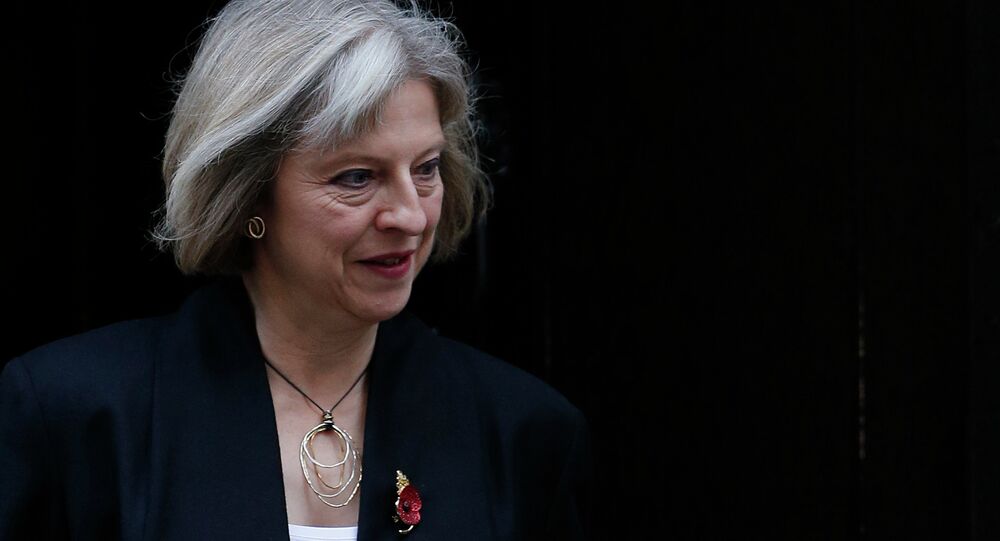 Leader of Conservative Party Theresa May is speaking outside the Houses of Parliament in London on Wednesday, July 13, as she becomes the UK’s Prime Minister.

Theresa May has arrived at Downing Street to take up her new post as prime minister.

​May says she believes in union between Scotland, England, Wales and Northern Ireland.

Let's just hope Theresa May is as strong a leader as the last female PM, and doesn't get so much abuse for doing the tough work as she did

​"Not everybody knows this, but the full title of my party is the Conservative and Unionist Party. And that word 'Unionist' is very important to me. It means we believe in the union, the precious precious bond between England Scotland, Wales and Northern Ireland," May said following the appointment.

"I will lead 'one nation' government, make Britain a country that works for everyone," May stated. ​

Well, well, well. There can't be many people in Britain who wouldn't agree with @theresa_may speech. I just hope she means it.