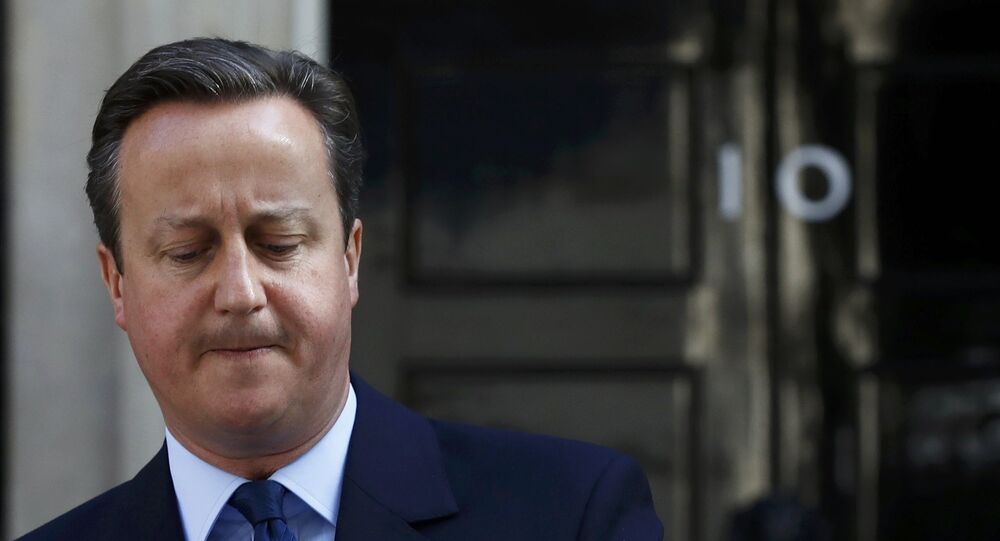 UK Primi Minister David Cameron stated that it was in UK’s "fundamental national and economic interests to remain very close to the European Union, for trade, for business, for security, for cooperation."

"We need to do both things – we need to win in Europe and win in the rest of the world," David Cameron said at Farnborough Air Show in Hampshire, England.

© AFP 2020 / Vladimir Simicek
Cameron and UK Diminished as NATO Ponders Brexit Fallout
Cameron, who backed remaining in the European Union, said it was in UK’s "fundamental national and economic interests to remain very close to the European Union, for trade, for business, for security, for cooperation."

At the same time, he said the Foreign Office and the Department for Business needed to draw up a list of countries they should be thinking of for future trade deals.

Only 5 percent of UK exports go to expanding markets, Cameron said, emphasizing the need to drive exports into the growing markets, like China and India – but also massive economies such as Turkey and Saudi Arabia – in order to maintain economic growth after Brexit.