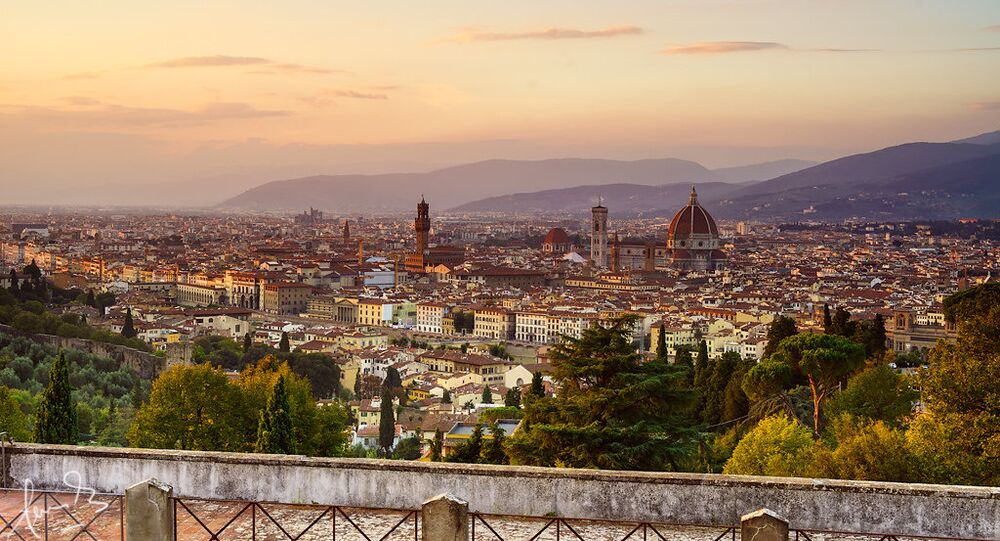 Italy's Tuscany has become another region that formally expressed its disagreement with anti-Russian sanctions. The regional parliament in Tuscany voted unanimously to consider the adoption of a resolution to withdraw the sanctions against Moscow.

In an interview with Sputnik, Manuel Vescovi, the initiator of the resolution and the head of the faction Lega Nord in Tuscany's Parliament, commented on the issue.

"I proposed a resolution, and then we discussed it with all factions, and unanimously voted in favor of its consideration. It calls on the regional parliament to put pressure on the Italian government to lift the embargo against Russia. These sanctions harm our businesses, and that's crazy. It's like someone cutting off their hands because they eat too much with them. This is nonsense," Vescovi told Sputnik.

© AP Photo / Riccardo De Luca
Italy’s Lega Nord to Present Anti-Russia Sanctions Resolution to Parliament
In contrast to Germany and France, Italy seems to be a special phenomenon. Regions most affected by the embargo, such as the Veneto and Lombardy, one by one take the initiative in their hands and adopt resolutions with the demand to change policy toward Russia.

Tuscany has become Italy's forth region, along with Lombardy, Liguria and Veneto, urging the national government to work toward lifting the sanctions imposed on Russia. The draft project of the document reads that if it is adopted, the regional government will activate the work with the Italian authorities in order to take any initiative which will help to overcome the issue of anti-Russian sanctions.

"The chain of regional resolutions against the sanctions will be continued and pressure on the government, too, until Europe undertakes some measures. It is crazy to distance ourselves from Russia because Russia won't wait, but will look for other markets," Vescovi said.

"If we lose these connections, then it will be difficult to restore them again. Russia is Tuscany's main partner in the field of tourism, exchange of goods and culture. It is a partner we shouldn't lose," he concluded.

© Sputnik / Vladimir Sergeev
Italy's Veneto Vote on Ending Anti-Russia Sanctions May Force EU to Change Stance - Politician
In 2014, relations between Russia and the European Union, including Italy, deteriorated amid the crisis in Ukraine. Brussels, Washington and their allies introduced several rounds of anti-Russia sanctions over Crimea's secession from Ukraine and for Moscow's alleged meddling in the Ukrainian conflict.