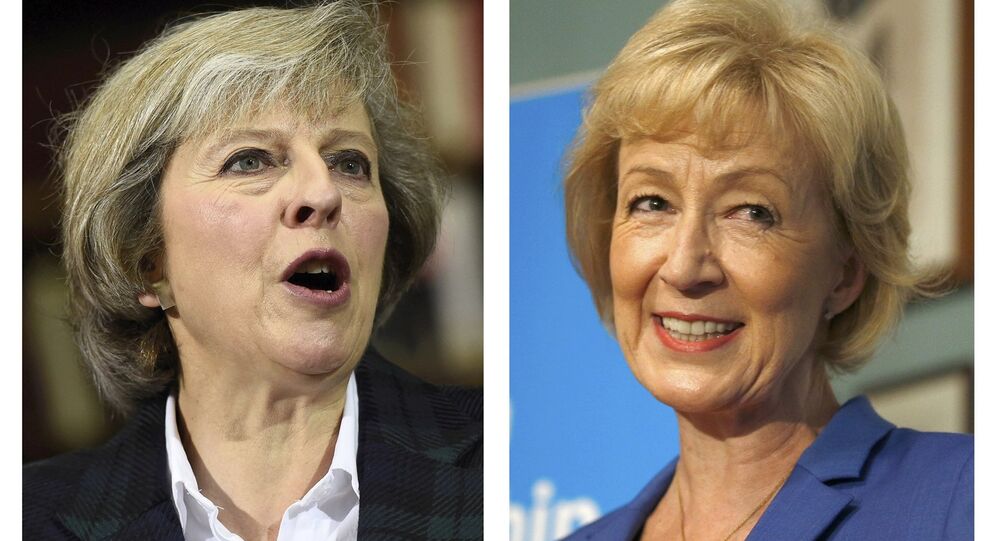 Its official, Britain will once again have a female Prime Minister, the first in over half century since Margaret Thatcher.

The race to Downing Street is reaching epic proportions with Michael Gove being knocked out as he had the lowest number of votes; it means that the leader will either be Home Secretary Theresa May or Energy Minister Andrea Leadsom. One thing is certain Britain will once again have a female in charge at No.10 Downing Street.

The announcement was made on the, July 7 as Conservative MPs started to cast their votes on who should next lead the party.

The Tories will have their second female leader (and PM) before Labour has had its first.

Theresa May is currently the Home Secretary. Known for her controversial views on immigration and gay marriage, May has been a fierce contestant throughout the title race.

"Under my leadership the Conservative Party will come back together in the interests of the whole country," she added.

Betfair give Theresa May an 82 per cent chance of winning. That confirms it, Leadsom's definitely won

With 199 votes, Theresa May is currently winning the popularity contest as her and Leadsom go head to head for the role of PM. However, one thing is certain, May has no time to be complacent. As a leader who voted to remain in the EU, she is closely being followed by keen competitor Leadsom, who voted to leave.

Energy minister ​Andrea Leadsom, entered the race for PM by tweeting that she will be leading the UK towards a fresh start.

Delighted to say I'm running for the @Conservatives Leadership.

Let's make the most of the Brexit opportunities!#FreshStart

However, she has faced harsh critique as opponents draw reference to her background in banking, claiming she was a hedge fund manager — a claim she fiercely denies.

After a round of TV interviews of excruciating incompetence, 84 Tory MPs think Andrea Leadsom should be PM. Extraordinary.

​As the title race draws to a close this week with the next Tory leader and British PM to soon be announced, it is clear that feminists and women across the country will be delighted that a woman will once again grace the offices of Downing Street and Houses of Parliament. Joining Angela Merkel in Germany and with the US presidential elections and Hillary Clinton's high chances of winning, it appears there is no better time to be a woman in office.