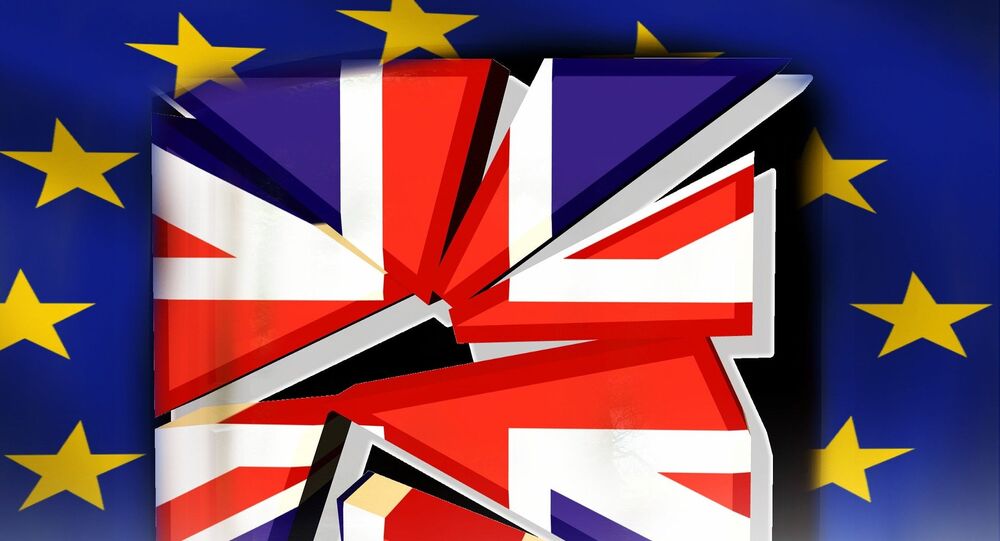 Leaders of the main political parties in the European Parliament are meeting Thursday (June 30) amid calls for a major shake-up of the institutions of the EU following the Brexit referendum result in an effort to prevent a domino effect.

© Sputnik / Sputnik
UK Political Crises After Brexit to Put Off Domino Effect in EU - Austrian MP
Many politicians across Europe are facing a rise in populism and Euroskepticism, due to the migrant crisis, austerity measures and troubles in the Eurozone. With the UK set to trigger its exit from the union, politicians are rushing to promise major reforms, which may include less power within the Commission, a greater role for national governments and the creation of a separate parliament for the Eurozone, which will be a union-within-a-union.

Sources within the EU have told Sputnik that the plan is to send a signal that the EU is set for radical reforms that may assuage the Brexiteers and force the next UK prime minister not to invoke Article 50 of the Lisbon Treaty — the exit mechanism. The source said, warning of the dire consequences of Brexit, plus promises of real change may be enough for a new referendum in the UK.

The EU won't be held hostage by Conservatives in the UK. EU forces must unite to save Europe, says @giannipittella↴https://t.co/Ysa9MTPC21

​The Socialists and Democrats group leader, Gianni Pittella, said: "Europe needs a new institutional framework. We have to improve the democratic legitimacy of the EU. To do this we will launch a socialist convention in the autumn, to build a shared platform to reform Europe. We must all rise to the challenge of these harsh circumstances, by reforming for Europe for the better and not dismantling it."

The European Conservatives and Reformists (ECR) Group said the views of the British people and the EU's treaties must both be respected. The group said there was need for significant EU reform along the lines of the ECR's Prague Declaration.

"The ECR is united in stating that the EU now needs to respect its own Treaties which clearly state that it is for the British government to decide when it wishes to trigger Article 50. The group now has a renewed mission to take a stand against the centralizing policies that have caused so much dissatisfaction across the Continent. Our call for major EU reform along euro realist principles is never more necessary and we will not waver in our commitment to reform the EU for the better."

The Chairman of the European People's Party group, Manfred Weber MEP said: "This was a victory for the populists and Europe is now at a crossroads. Remaining silent and not voicing a strong opinion was a mistake — also my own mistake. But we have to stand up and fight. We have to stand for the idea of a united, peaceful and tolerant Europe."

We need a better Europe. It is positive that #EUCO decided to reflect & start discussion on reforms. But no treaty changes necessary now.

​The Alliance of Liberals and Democrats for Europe group leader Guy Verhofstadt, said:

"We should use this momentum to make the EU work again, which means an effective European government for the Eurozone, a European Border and Coast Guard to safeguard free movement, a European capacity to fight terrorism and a Defense Community. The result of this referendum is a wake-up call which we should use to move forward. We will only be able to turn the tide by working more efficiently together."

Who’s Next to Leave? EU Fears an Epidemic of 'Exits' After UK Brexit Vote

Brexit May Be ‘Greatest Challenge’ for EU - CIA Director

There is Life After Brexit: Europe Can Move On Without Britain