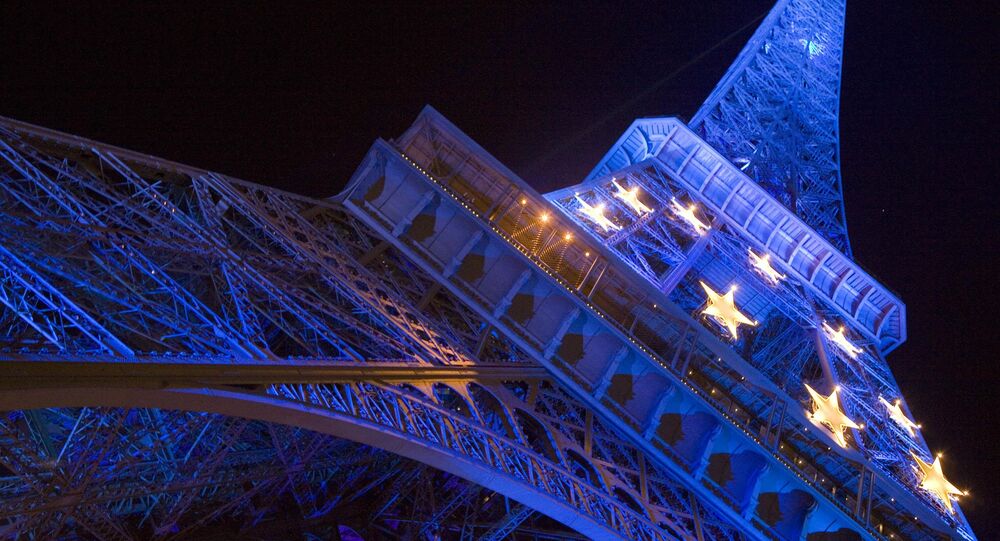 In an article for Le Figaro, French journalist and author Maxime Tandonnet recalled that a recent poll revealed that 61 percent of the French were reserved towards the European Union.

© REUTERS / Jacky Naegelen
Le Pen: Hollande Says 'Non' to Frexit Referendum
The author sees the Brexit vote as a protest against the technocratic Europe and as a referendum for democracy.

"Everyone knows it but no one says it. If a similar vote was held in France the results would be the same," he wrote.

A recent survey in France revealed that 61 percent of the respondents were reserved towards the EU. This fact should be considered as a protest against the European bureaucracy that ignores the interests of various European nations. The discontent has been deepened by the refugee crisis and a Turkey-EU deal on migrants.

The so-called "Frexit" has been actively discussed in France after the results of the British vote were revealed. Leader of the National Front party, Marine Le Pen was quick to propose a referendum on France’s membership in the EU.

"I'll be Madame Frexit if the European Union doesn't give us back our monetary, legislative, territorial and budget sovereignty," she said.

"The Brexit vote was a response to the blindness of the EU political and economic elite. Since the Maastricht Treaty was signed in 1992 Brussels has been responding in the same manner to the discontent of Europeans. It means more federalism, more bureaucracy, more regulations, and more rules by the European Court," Tandonnet pointed out.

© AFP 2021 / Tobias Schwartz
Polish PM: France, Germany Unable to Offer Strategies to EU After Brexit
The results of the vote are a protest against the hegemony of political elite ignoring people’s needs, he added.

World leaders and European officials warned Britons over economic turmoil and isolation but they could not make people change their mind.

In this context, the French are not that difficult from the British. In 2005, France said no to the EU centralization at a referendum on the European constitution. The British government took the risk and asked a question to the people. In fact, the Britons voted on behalf of all European nations.

"Brussels and European media would try to reduce the British vote to populism and the far-right ideology. And the response will once again be 'more Europe' and 'more integration'. The political elite would insist that Brexit is a good chance for the federal Europe," the article read.

© REUTERS / Philippe Wojazer
Renzi, Hollande Call For Reforming EU After Brexit
According to the author, the essential meaning of Brexit is not about nationalism and isolationism but about preserving democracy from the "imperialism of the Brussels bureaucracy."

"Britain is the birthplace of parliamentarian democracy. By voting to leave the EU, the British people stood for sovereignty and democracy," Tandonnet noted.

However, France, like Britain or any other EU nation sees the common European history and common cultural values.

"Any of these countries is interested in being united. Europeans are not again the existence of a union in Europe. They are against the dictate of regulations and norms ignoring people’s will. Brexit is a vote for democracy," he concluded.

Earlier, renowned French political thinker Bernard-Henri Levy also suggested that France would vote to withdraw from the EU if it held a referendum.

"If there was a referendum in France, they would probably vote to exit," he said in an interview with Daily Telegraph.

According to the philosopher, the integration project has been undermined by bureaucrats who have turned Europe into a place with no room for "dreams and ideas and values."

"One of the problems of Europe — which is the explanation for this populist reaction like a Brexit — is that this Europe is not desired any longer. And it does not create desire. This is because the pattern it shows is so sad, so grey, so technical and so technocratic," Levy said.

All Aboard the EUexit Express: 1 in 3 French Look Forward to Frexit