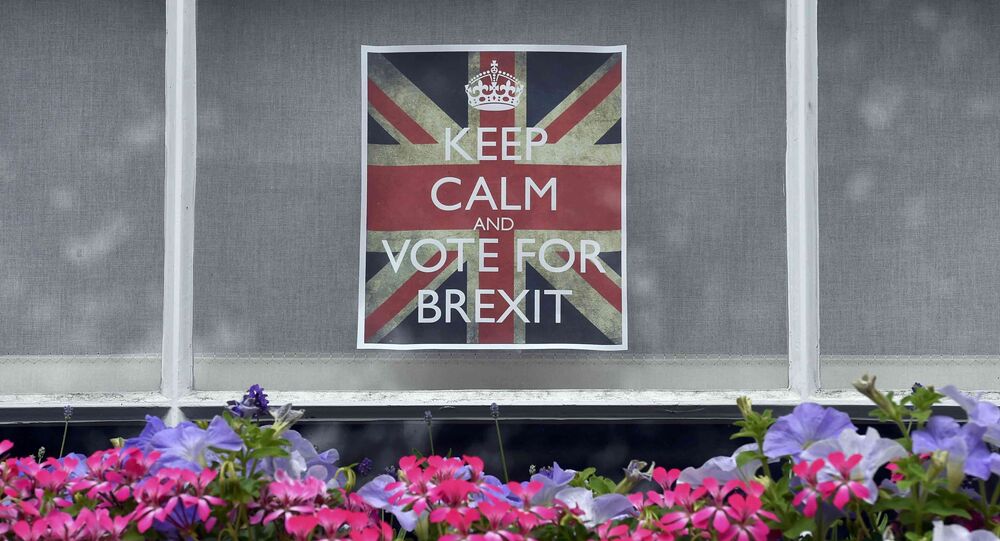 Filmmaker and activist John Pilger is the author of the article “Why the British Said No to Europe.” He joins Radio Sputnik’s Brian Becker to discuss the underlying issues that led to the Brexit referendum and why Leavers’ concerns run deeper than immigration.

© AFP 2020 / BEN STANSALL
Pound Sterling Nose Dives as Queen Gets Pay Rise
According to Pilger, the EU was founded on ideals of consolidation. But, as the organization grew bigger, it "grotesquely" centralized power in Brussels, with heavy involvement of German Central Bank. This kept democracy within the Union to a minimum, with "dictates" and "edicts" handed down to member states. Greece is a prime example.

"Greece went through all the democratic processes to assert its independence and sovereignty, but got none of these things. It's crushed and now effectively a colony of Brussels and the [EU] Central Bank," Pilger says.

"It's a pity that in the campaign that led to the [Brexit] referendum last Thursday there is no mention of Greece."

According to Pilger, the Brexit referendum was a protest conducted by the British people against having no say in their own government. Pilger acknowledges that immigration concerns were a factor, but he insists the vote can not be reduced to a single problem.

"It's a kind of idiotic reading of this country. It was a protest in its finest form."

"It is grotesque to say the British people, with all their understanding of politics, with all the struggles in the past, have voted [because of] a racist platform," Pilger says.

According to Pilger, the "Leave" vote is rooted in the economic realities of thee British people. Pilger cites the closing of the mining industry by the Thatcher government, which affected many working class families.

"The only thing people this country are asking for is a modest prosperity."

While some people in Britain are really rich, Pilger says, the rest of the country has been ignored.

Read John Pilger's full article "Why the British said no to Europe" on his website, johnpilger.com.

Brexit Poses No Immediate Threat to US Economic Confidence - Gallup

Labour Party Potentially Loses Over 25% of Voters After Brexit Referendum