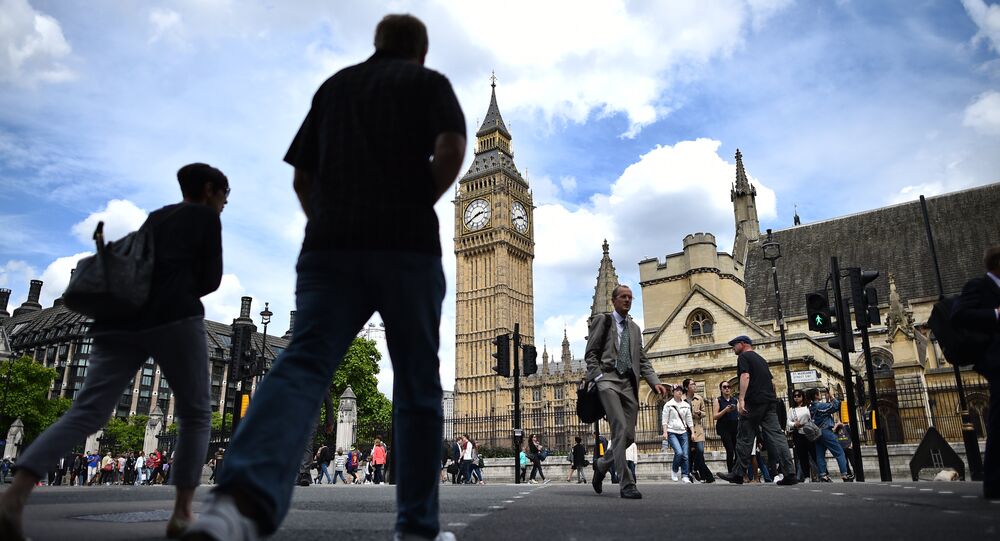 General Secretary of Labour Leave campaign Brendan Chilton said that the snap elections could be held in October.

© AP Photo / Virginia Mayo
UK to Remain Strong, Committed NATO Ally After Brexit - Stoltenberg
MOSCOW (Sputnik), Anastasia Levchenko — The United Kingdom may have snap general election as early as in October if a new leader of the Conservative Party is chosen by that time, General Secretary of Labour Leave campaign Brendan Chilton told Sputnik on Tuesday.

After the majority of the UK citizens opted for leaving the European Union at the referendum on June 23, UK Prime Minister David Cameron announced that "fresh leadership" was needed.

"I believe if they choose a new Tory leader, in October there could be called a snap general election. But there will be the need for consensus, to bridge the gap and bring the country together," Chilton said.

Prior to the referendum, Cameron promised not to leave his post whatever the result was going to be. However, Brexit vote came as a shock for politicians and the society.

"The country voted to Leave, so it is impossible for Cameron to stay, because Cameron gambled and based his political career on lying, for Britain’s staying in the European Union. And the country rejected that. Importantly for Cameron, more than half of the Conservative voters rejected that. So it is impossible for him to carry on," Chilton noted.

Under other circumstances, the United Kingdom should have had next general election in 2020.

Last week, the referendum on EU membership divided the country. Almost 52 percent of the voters decided to abandon the bloc. A historic choice is expected to have far-reaching implications for the UK-EU foreign and domestic policies, as well as for the economic power of both.