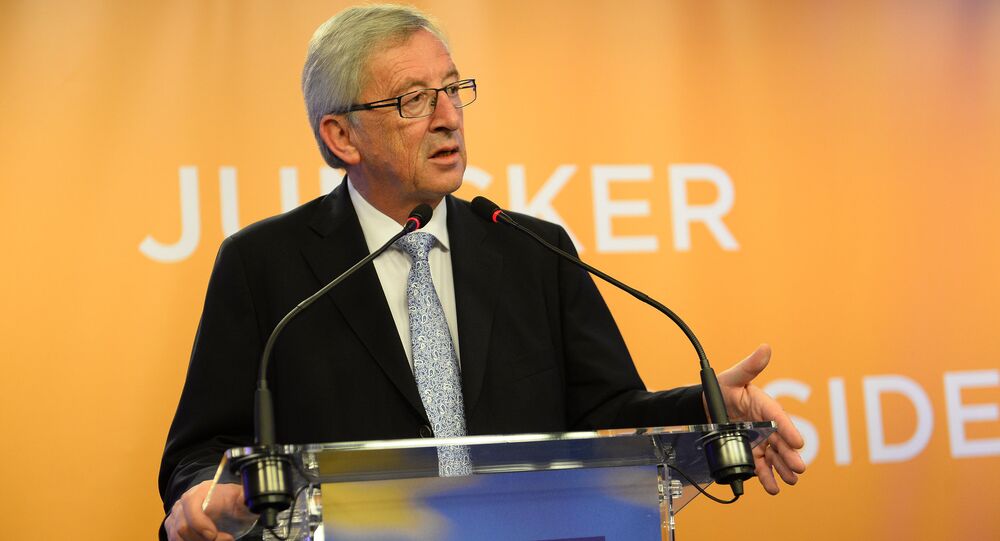 The President of the European Commission - consisting of people unelected by popular vote - Jean Claude Juncker is now facing his worst nightmare, presiding over the European migrant crisis, troubles in the Eurozone, a dodgy deal with Turkey and now the departure of the UK from the EU.

Juncker's presidency has been marked by one crisis after another. The former finance, treasury minister and prime minister of Luxembourg assumed office in 2014 and was immediately hit by the LuxLeaks scandal, which exposed hundreds of companies using sweetheart deals with Luxembourg to enjoy tax breaks in the EU.

Then, following the huge increase in migrants sweeping across Europe in 2015, Juncker brokered a deal under which 160,000 migrants in Greece and Italy would be relocated in member states, but immediately ran into difficulties when many — particularly in Eastern Europe — refused to accept the deal. So far, only 2,640 have been moved under the scheme.

Juncker also watched as the Schengen zone fell apart — its outer borders were leaking like a sieve — and many member states erected razor wire fences and other border controls in blatant contradiction of the principle of freedom of movement. The Dublin agreement — whereby migrants are processed in the country of arrival — was thrown out of the window.

In an effort to stem the flow of migrants from Turkey and through the West Balkan route, Juncker negotiated a deal with Turkey, under which "irregular" migrants from Greece would be sent back to Turkey in return — on a one-for-one basis — for Syrian refugees being relocated to EU member states.

As part of the deal, Turkish citizens would be allowed visa-free access to the EU and its accession into the union would be accelerated. This immediately brought condemnation from the UN Refugee Agency (UNHCR), as well as many NGSs, who said that Turkey was not a "safe third country," under the Geneva Convention because of Turkey's poor record on dealing with refugees.

The EU-Turkey Deal has caused undue suffering to refugees stranded on the Greek Islands. https://t.co/b2pXuPPH6t pic.twitter.com/GvjR4kYxJs

​Juncker is also overseeing negotiations with Greece over its controversial third bailout, which has seen Greece forced to make deeply divisive cuts to its public services and a shake-up in its tax and pension systems, which is the cause of huge unrest. The International Monetary Fund has long criticized the bailout as being too harsh and "unsustainable."

Finally, he now presides over the first ever exit from the EU of a member state. He will have his work cut out, as the UK government is in limbo, with Prime Minister David Cameron saying he will not lead the negotiations and that a new prime minister — ostensibly not in place until October — should lead the talks.

Ahead of a summit of EU leaders Tuesday (June 28), Juncker is now facing the worst crisis in the EU's history, with calls for a radical shake-up of the EU's structure. With disagreements over the migrants crisis and troubles in the Eurozone, the British issue is a headache he could have done without. But one he should have predicted.