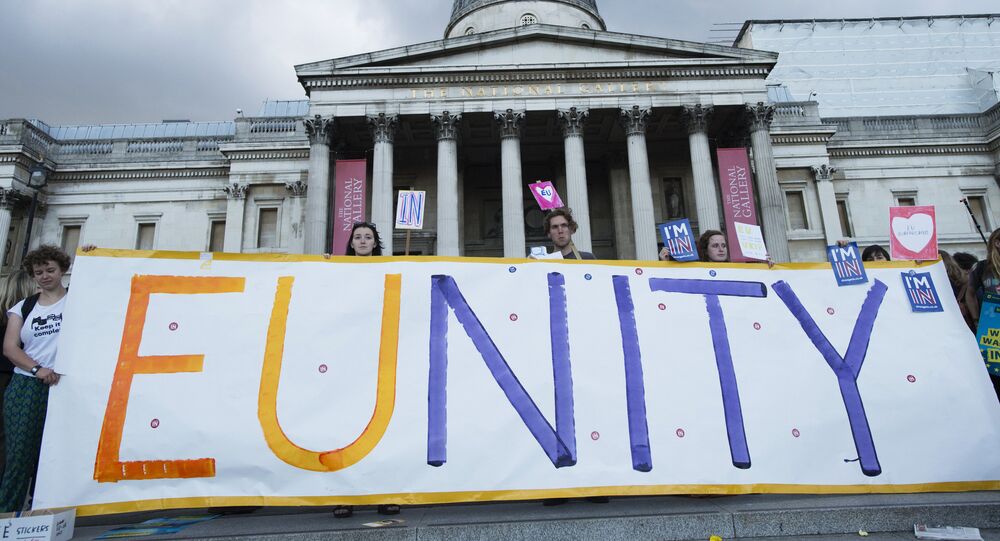 France and Germany are preparing a project of deepening integration in the European Union, a Polish broadcaster reported Monday citing a leaked document.

"Our countries are sharing common destination and common set of values that provide us with a basis for even closer alliance between our citizens. That is why we will strive for political alliance in Europe and invite more Europeans to participate in this arrangement," the preamble of the document said pointing out that the United Kingdom's decision to withdraw from the European Union bloc is unique.

The paper proposes a number of steps in the sphere of security including boosting defense capabilities, creating a European platform for intelligence cooperation, establishing European civil protection corps and harmonization of criminal law.

© AFP 2021 / Geoff CADDICK
Brexit to Remove US Insider View on EU Security Policy
France and Germany are also trying to push the common EU policy on accepting migrants and refugees. The paper also say that securing the bloc's external borders is not an exclusively national task and propose to create multinational border and coast guard.

The document also includes a number of economic initiatives including developing the European Stability Mechanism into the fully-fledged European Monetary Fund as well as continuing intensification of political governance and fiscal burden sharing.

It comes less then a week after the United Kingdom held a referendum to determine whether or not the country should leave the European Union, with over 50 percent of the UK public voting in support of Brexit.