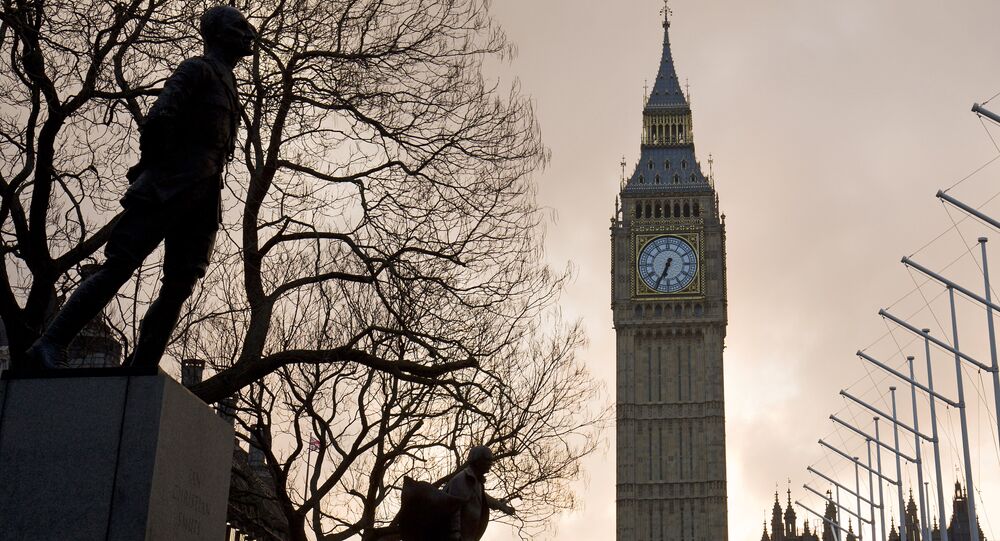 Former Mayor of London Boris Johnson who has started preparing for the campaign for the leadership post in the Conservative Party suggested to current Chancellor of the Exchequer George Osborne to choose between Chancellor's and the Foreign Minister's office in his cabinet, media reported Sunday.

MOSCOW (Sputnik) — According to the media, Johnson has started looking for Osborne's support as "his support is essential if the Conservative Party is to come back together in the wake of the divisive referendum campaign.

"George Osborne has been offered the opportunity to be Chancellor or Foreign Secretary in Boris Johnson and Michael Gove's [Minister of Justice] 'dream ticket' leadership bid," The Telegraph newspaper said.

Boris Johnson and Michael Gove were leaders of the campaign for the UK exit from the EU.

© REUTERS / Suzanne Plunkett
UK Tories Could Rally Behind ‘Unifying’ PM Candidate Theresa May
According to the media, Osborne "is understood to be furious at the pair’s behaviour in recent months and is still contemplating whether to mount a leadership bid himself."

Earlier on Sunday, media reported that UK Home Minister Theresa May will deliver a speech in the forthcoming week, in which she will clearly state that she wants to oppose the frontrunner Boris Johnson, in the race for the Tories' leader post.

A committee of Conservative members of parliament is due to meet on Monday to agree on the rules of choosing a party leader, with a shortlist of just two candidates expected by the end of July. The new leader will be voted on in September and announced at the party conference in October. Conservative Party leader will become UK's new Prime Minister.

Bookies Predict Boris Johnson To Be Next UK PM