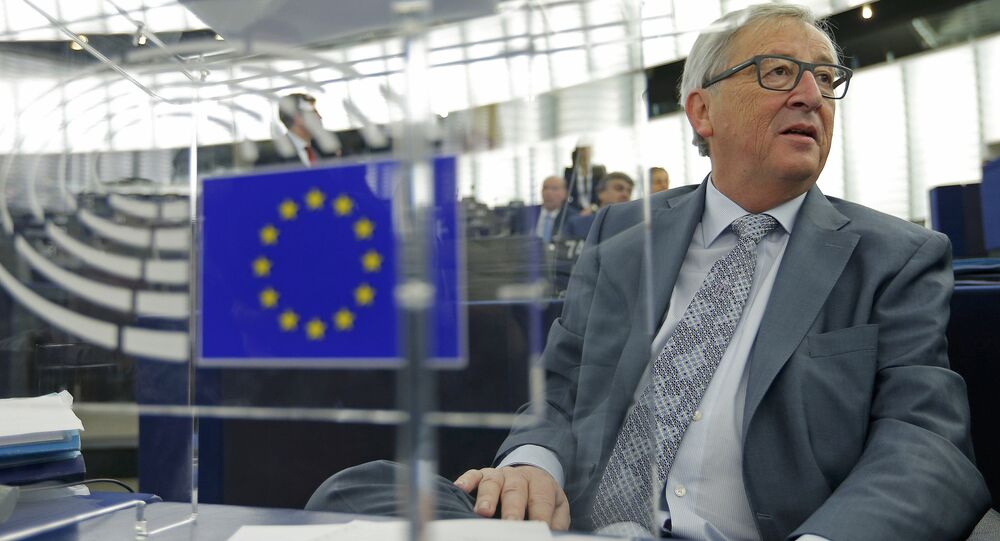 Austria’s Freedom Party is expecting the European Union and its institutions to change their policymaking on the key issues after the United Kingdom decided to leave the European Union in a Thursday referendum, a party member told Sputnik Friday.

“I hope that the Commission and [European Commission President] Mr. Junker realize that the way they work is running straight in the wall. So it is up to them to see the sign on the wall,” Franz Obermayr said.

© Flickr / Rareclass
Juncker Calls on UK to Remain in EU, Warns of Uncertainty in Case of Brexit
Obermayr stressed that the Freedom Party would not launch a campaign to leave the European Union, but instead insist on reforming the bloc.

“We will not start in Austria a campaign Leave EU, this is wrong. Our position is to work in the system, and correct and improve the situation, I would say the exit is the last resort. We believe that a lot of things can be changed,” Obermayr said.

He also noted that the Austrian voice, as well as the voices of other member states should become louder in the European Union after the vote.

“We expect our government now to have more back to say no if we don’t like things. We expect now the decisions are rethought,” Obermayr said.

According to the final Brexit referendum results, 51.9 percent of voters, or 17.4 million people, decided to support Brexit, while about 16.1 million opposed it.

Brexit to Have Limited Impact on Russian Economy - Finance Minister