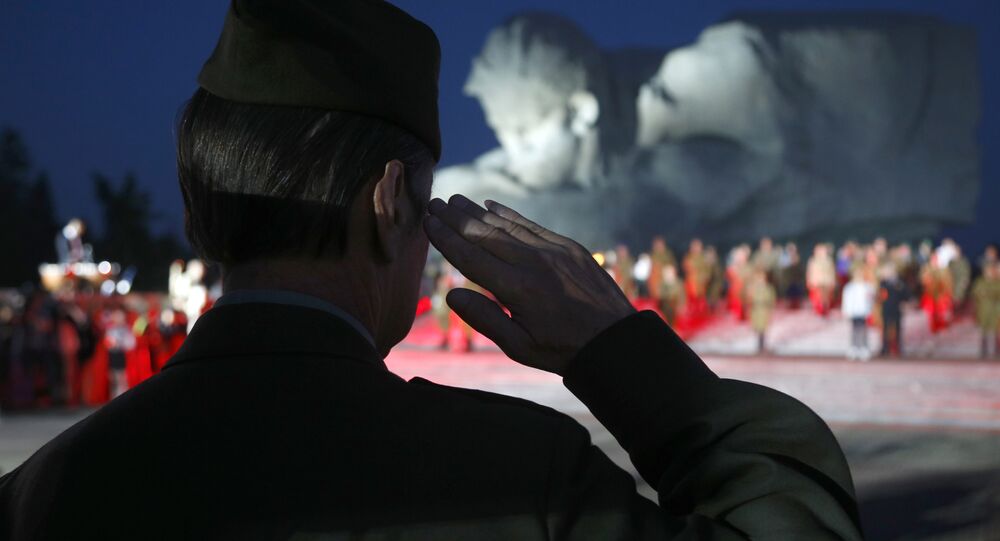 Nazi Germany and its satellites attacked the Soviet Union 75 years ago at 4:00 a.m., without any declaration of war, triggering the bloodiest conflict in history.

"The war that was unleashed by Nazi Germany on June 22, 1941, brought uncountable suffering to millions of people in what is today Russia, Ukraine and Belarus… The federal government will always remember that people in the Soviet Union and soldiers in the Red Army suffered the largest number of losses [in all of WWII]," Demmer said.

© Sputnik
Remembrance Day: Photos Capture the Start of the Great Patriotic War
14
On June 22, 1941, the German army supported by its satellites invaded the Soviet Union. The Eastern Front, as it was known in Germany, became a crucial part of World War II and the Soviet Union played a leading role in defeating Nazism once it entered the war.

Germany signed the Act of Unconditional Surrender in a suburb of Berlin in the late evening of May 8, 1945 (May 9 Moscow time). The Soviet Union are estimated to have lost more than 25 million people in the war.