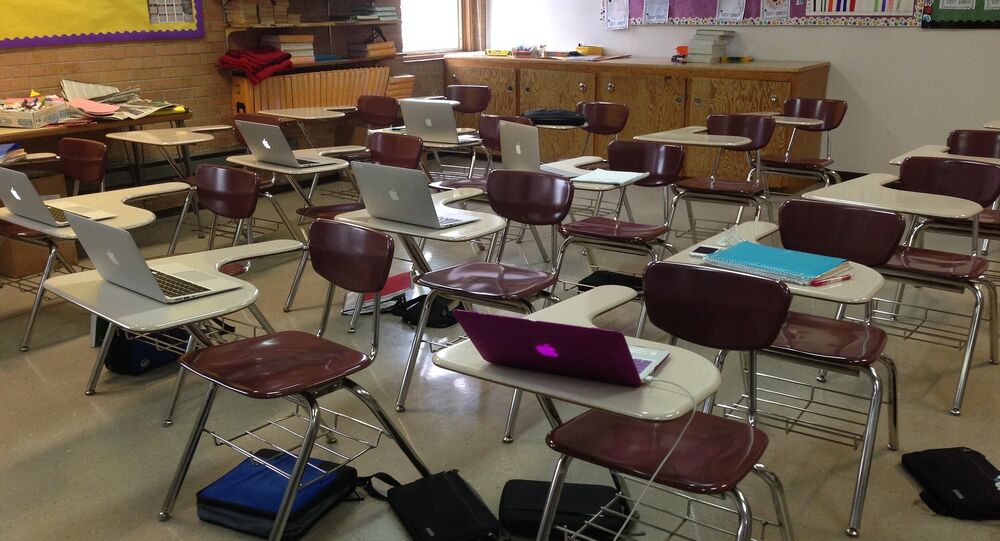 © Photo : C.2.0
Sorry, Kids! Swiss School Introduces Ban on Toilet Use
The fight against discrimination on the basis of sexual orientation can sometimes cross all possible boundaries. This, in particular, concerns the teaching materials in the field of sexual education that are being offered to German teachers under the title "school of diversity", the article said.

The courses proposed mainly by homosexual authors consist of role playing, workshops and readings and are designed to strengthen respect for non-heterosexual orientations. However, at some point it seems that the attempt to teach children tolerance might go a little bit too far.

One project that is recommended for students from the seventh grade, namely for children aged 12 or 13 years, is particularly controversial. Entitled "Playful dealing with the subject of love and sexuality," the course provides not only listening exercises, but also role playing games.

It means that for better understanding of the material students of the seventh grade may also have to stage scenes on the given topics. Among other things students learn what it means "to come too early," what an "orgasm" is and "S&M," which stands for sadomasochism.

In North Rhine-Westphalia the initiative is recommended and encouraged by the Ministry of Education, but in many other parts of Germany the project has caused severe protests. For instance, since 2014 strong opposition against very similar proposals for school sex education formed in Baden-Württemberg, Hamburg and other German federal states.