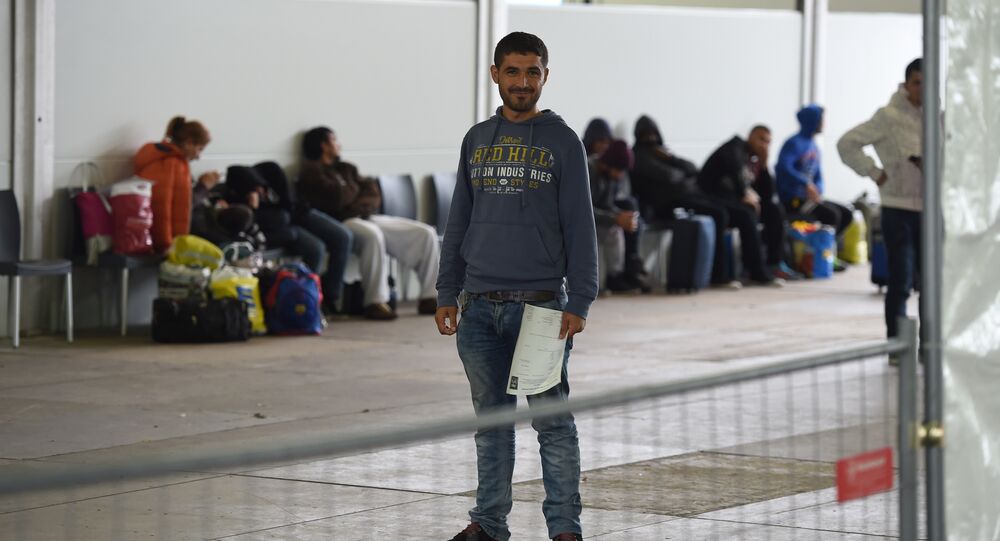 The refusal of some EU member states to host refugees is unacceptable, and the European Commission should find ways to ensure the states fulfill their obligations, member of the European Parliament Juan Fernando Lopez Aguilar told Sputnik in an interview.

MADRID (Sputnik) — In September 2015, the European Commission called on EU member states to redistribute 160,000 asylum seekers from Africa and the Middle East located in Greece, Italy and Hungary throughout the bloc over two years. Brussels’ quota system for refugee admission took into account demographic, social and economic indicators for each country. Certain EU states, primarily from the eastern part of the bloc, opposed the quota system. For instance, Slovakia filed a lawsuit at the European Court of Justice against the EU mechanism.

"This is not a refugee crisis, but a humanitarian catastrophe, which has turned into a political crisis due to the EU inability to fulfill its obligations… The European Commission should make an effort to ensure that obligations and applicable laws on asylum are complied with," Aguilar, a member of the Spanish Socialist Workers Party (PSOE), said.

He recalled that the package of EU asylum laws was not a proposal, but a legally binding set of laws.

"The European Commission used to have binding commitments, and the states met them… Unfortunately, it is not so at the moment. The spirit of European integration has changed a lot," the lawmaker said.

© AP Photo / Darko Bandic
'No Polite Words': Hungary's PM Slams EU Refugee Fine Plan as 'Blow to the Solar Plexus'
He is also opposed to the EU-Turkey refugee deal, deeming it unacceptable. He said the European Union had no political will that would be able to properly address and solve the refugee crisis.

In March, the European Union and Ankara agreed on a deal under which Turkey pledged to take back all undocumented migrants who arrive in the European Union through its territory in exchange for Syrian refugees accommodated in Turkey, on a one-for-one basis. In return, the bloc pledged to accelerate the Turkish EU accession bid and introduce a visa-free regime.

Refugees to No Longer Get Whopping Welfare Check From Austrian State