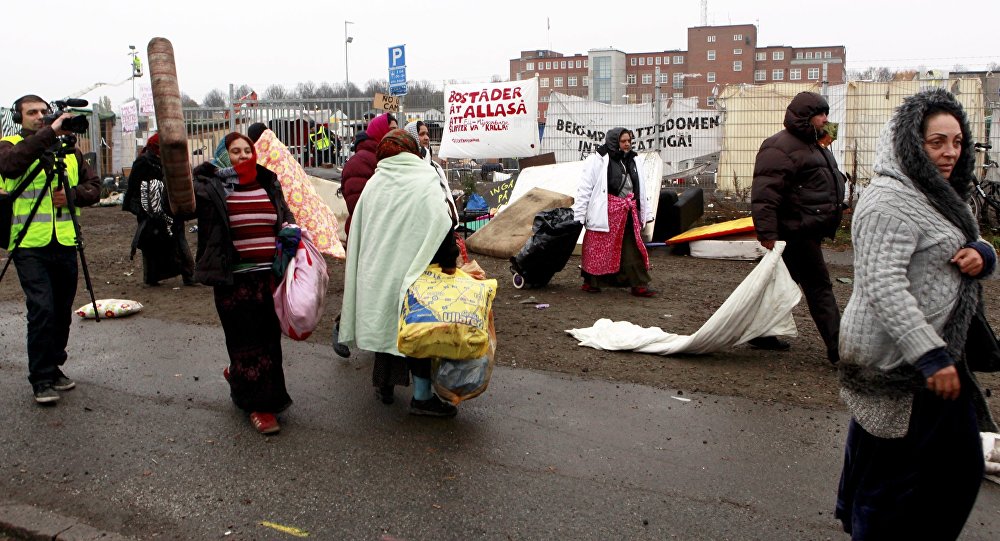 Over 214,00 migrants arrived in Europe so far in 2016, the latest data by the International Organization for Migration (IOM) said.

© REUTERS / Alkis Konstantinidis
Sympathy Card: EU Gov'ts Do More Harm Than Good, Call Migrants Refugees
MOSCOW (Sputnik) – Between January and June, 6,866 migrants arrived in Europe by land and 207,260 arrived by land, according to the IOM.

A total of 2,856 people were either dead or missing, IOM figures said.

In the week spanning June 1-8, 1,514 people arrived, an almost 90 percent decrease from the week before, when 11,614 people arrived. Italy took the bulk of arrivals, with Greece and Bulgaria taking in 289 and 325 migrants respectively.

Europe has been beset by a massive refugee crisis, with hundreds of thousands of undocumented migrants fleeing their crisis-torn countries in the Middle East and North Africa to escape violence and poverty. The majority of them cross the Mediterranean Sea and arrive in the European Union using southern EU nations as transit points. More than 1.8 million refugees are estimated to have arrived in the European Union in 2015, according to the European border agency Frontex.