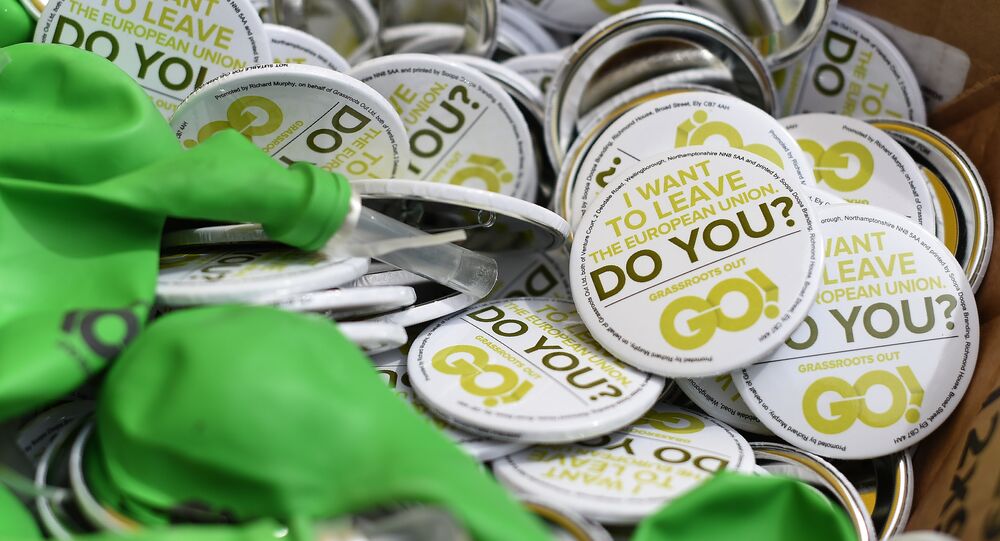 It's clear that those campaigning for a Leave vote in the upcoming EU referendum don't think too kindly of the European Union. But is it just British "independence" from Europe they are fighting for, or do they want to bring down the entire European Union?

In an interview with Sputnik News, Eberhard Bort, Head of the Institute of Governance at the University of Edinburgh, suggested that those campaigning for a Leave vote see the European Union as a sinking ship, and they want to give it a "good kick".

"What you get from the more vicious side of the Leave campaign — from Farage's [Nigel Farage, UKIP MEP] and Hannan's [Daniel Hannan, Conservative MEP] — is that this is a ship that's going down. Give it a good kick so that it does go down. They actually want a leave vote that will disintegrate the entire European Union. They hate the European Union so much that they think it is inherent evil and it has to be destroyed, and that the best way to destroy it is to vote leave."

How come most Europeans hope we win and leave the EU? the truth is there's a massive majority of them that hate the EU too #voteLEAVE

Earlier this year, a poll run by the University of Edinburgh showed a rise in Euroskepticism across the EU, with many countries suggesting that they should be holding their own referendum on EU membership.

So would Frexit, Spexit or perhaps Czexit have Euroskeptics jumping for joy?

Dear Europeans,
Organise an EU-Exit referendum for your country and receive our full media support. Break the EU! pic.twitter.com/KtXsU6wynD

Roger Helmer, UKIP MEP, responded to Mr Bort's comments saying "our first objective is not to destroy the European Union — it's to re-establish the freedom, independence and self-determination of our country. We think that as a result — there may be radical reform in the EU, which would be good for Europe as well."

@RogerHelmerMEP
I see you've accepted that UK will disintegrate if we vote out.
There's more to this than England….

Though Mr Helmer's "ideal" scenario would require other EU countries to abandon their political union, uniting only for trade purposes:

"We are not opposed to the European Union and have no bad feelings towards it — we think it's a damaging economic and political model and that's proved by the experience of it. We'd be delighted to see a new free democratic Europe of independent nation states trading together, that would be ideal."

@Scotscouser Why is Hannan invited on to all these programmes? His anti EU zealotry & lies promote communal hate. He should be deselected.

Mr Helmer also commented that the Schengen zone, which allows for free movement of people within 26 European countries which have signed up to the agreement (Britain not being one of them) was "damaging" to the European continent.

"It's up to other countries to make the decision about Schengen but we don't want to be any part of it and think it's damaging to the continent."