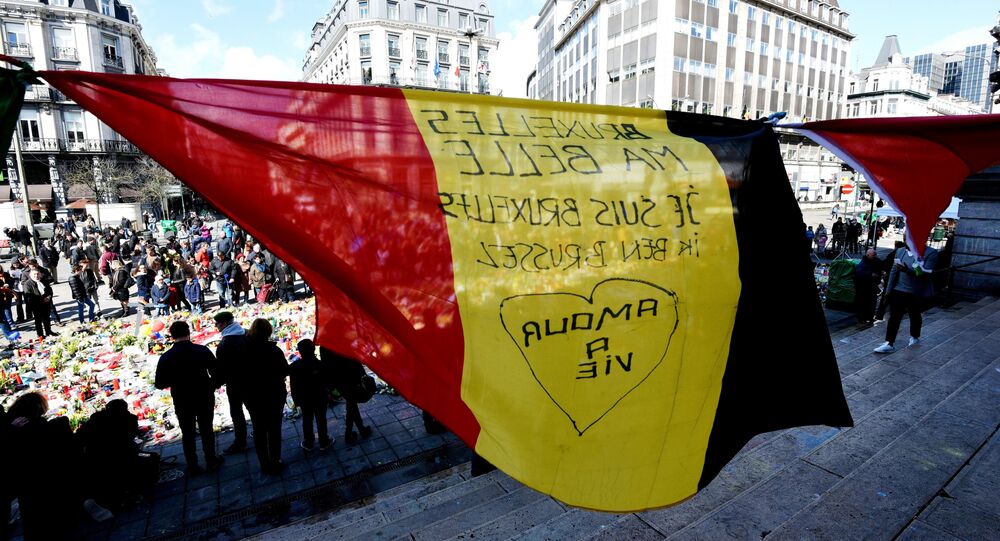 Danish Artists Comparing Terrorists to Heroes in Exhibition Are Ignorant

On Thursday, an art group in Copenhagen opened an exhibit dedicated to history of martyrs which alongside "historical figures" such as Joan of Arc, Socrates and Rosa Luxemburg included terrorists responsible for deadly attacks in Paris last fall and in Brussels this spring.

"Their [the artists’] intellectual basis is very week, because those artists don't know the definition of the Islamic martyrs," Ahrendtsen, who is the member of the parliament's Cultural Affairs Committee, stated.

© REUTERS / Francois Lenoir
Something Rotten in Denmark: Martyr Exhibition May Feature Suicide Bombers
He explained that while in Christian Western world a martyr is a person who is killed for his religious believes, an Islamic martyr is a warrior, who himself kills others in the name of Allah, "which is a totally different concept of martyrs".

"They think a martyr is the same all over the world. They don't have scientific idea of theology and history. So they are very naive Danish artists. They don't have the knowledge to do this properly," he said.

Even before its start, the art exhibition generated substantial controversy for what critics said was a glorification and even encouraging of terrorism.

"It is in general about freedom of speech which includes the right to arrange exhibitions, including the Martyr's Museum," Alex Ahrendtsen said, confessing he personally dislikes the exhibition.

According to Danish laws, the organizers of such events do not need any official permissions, only having to arrange the venue.

The exhibition, that features images of selected martyrs, replicas of their personal belongings and plaques to detail their actions, will run until June 10.