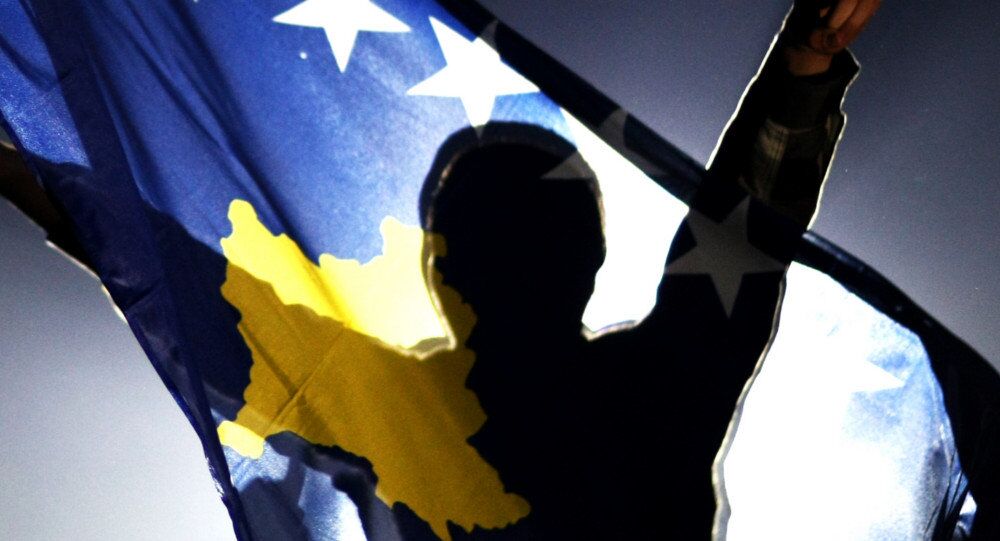 The US has been actively lobbying the idea of Kosovo joining NATO's Partnership for Peace program. Kosovo's president Hashim Thaci, who after a visit to the United States last year said that Washington approved the idea of establishing a Kosovo army operating under NATO, might now be happy about the new developments.

The United States apparently needed an independent Kosovo for one simple reason — to build there its "cozy military nest". This can be seen in the recent developments, in particular, the US' decision to work out conditions for Kosovo's accession to NATO's Partnership for Peace program.

Analysts believe that this move is none other than an attempt by the US to spread its political influence in countries of the Western Balkans.

Washington "is readying a plan for Kosovo's NATO membership" and "the self-proclaimed state of Kosovo intends to, in the coming period, launch the process of joining NATO," the website b92.net wrote.

© REUTERS / Heinz-Peter Bader
Admission of Kosovo to Int'l Organizations Wrong Move - Austrian Presidential Hopeful
Can Kosovo become a NATO member at all? Theoretically it can, if Kosovo is able to bypass the UN Security Council Resolution 1244 which defines it as a part of Serbia, as well as if the Serbs in the Kosovo Parliament vote in favor of the creation of an army in Kosovo.

According to UN Security Council resolution 1244, only NATO military forces, namely KFOR mission, can be deployed in the territory of Kosovo. The resolution is unlikely to be canceled as Moscow and Beijing will veto such a decision in the UN Security Council. So how could Kosovo bypass the resolution and create its own army despite mandatory UN regulations?

For this case, Washington and Pristina seem to have a plan "B". They can just "rename" the security forces acting in Kosovo within the KFOR into the Kosovo Armed Forces.

In the same way, the "rebranding" helped to transform the Kosovo Protection Corps into the Kosovo Security Force (KSF), the local response force developed in line with NATO standards and set to be deployed during crisis response operations.

Although the KSF has not received permission to use heavy weapons, it can still participate in international peacekeeping operations.

Some experts argue that in a similar way the US might help Kosovo create its own army which would operate under NATO supervision. If this happens, Kosovo might become another precedent, namely the world's first "state under NATO control".

Washington Uses NATO as 'Instrument to Project Power in Europe'